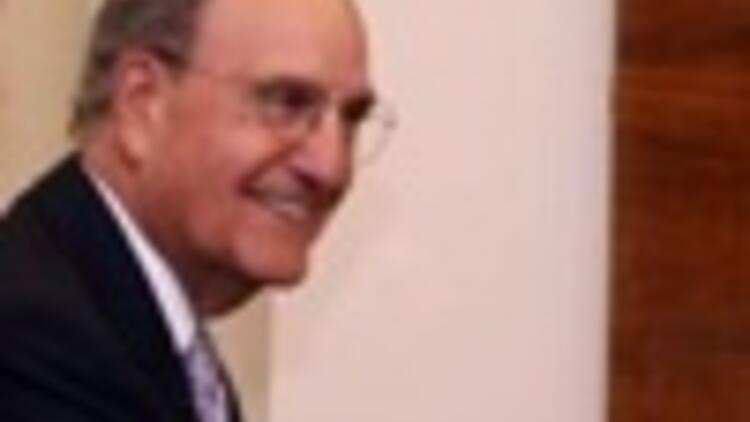 ANKARA - The new U.S. administration broke its silence over the Davos crisis urging Turkey to fix its strained relations with Israel, while Turkey reiterated its position that a solution to the Middle East issue is impossible without including Hamas. (UPDATED)

The exchange of messages came during the talks that George Mitchell, the Middle East envoy of the U.S. President Barack Obama, held during his two-day visit to . Mitchell met with Turkish President Abdullah Gul, Prime Minister Tayyip Erdogan and Foreign Minister Ali Babacan on Thursday.

Mitchell said can have a significant influence on the efforts to reach a comprehensive peace in the .

"As an important democratic nation with strong relations with , () has a unique role to play and can have significant influence on our efforts to promote comprehensive peace in the ," he told reporters after his meeting with Erdogan.

Mitchell underlined that " is an important ally of the " and the administration welcomes 's decision to attend a donors conference on scheduled on March 2 in .

"We... look forward to () leadership as we actively pursue that peace, beginning with a durable ceasefire and with strong efforts to meet the humanitarian needs in ," he added.

During the meeting, diplomatic sources said, reiterated its stance that a peace agreement cannot be reached without including Hamas in the equation. The Turkish officials stressed that