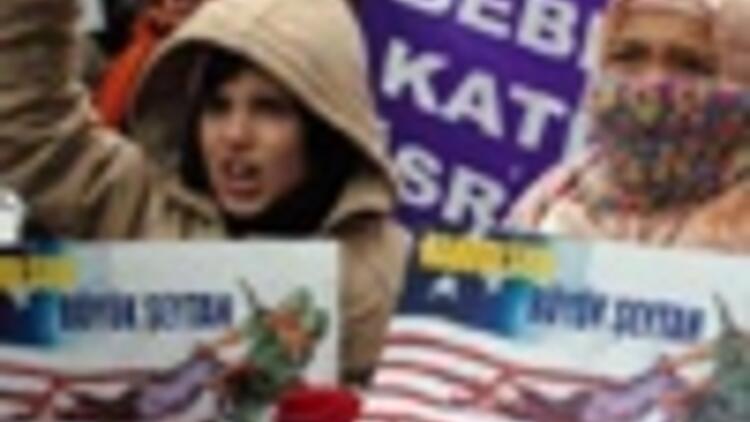 ISTANBUL - In a statement released Thursday, the Turkish Jewish Community expressed their concern about anti-Semitic reactions in Turkey following Israel's invasion of Gaza.

"We, as Turkish Jews who are an inseparable part of the Turkish Republic, are greatly saddened by the recent statements that insult our religion and depict us as targets," the statement said.

Among the developments that have disturbed and worried the Jewish community in Turkey is the publishing of various anti-Semitic articles in the conservative daily Vakit, according to the report of daily Milliyet. Hasan Karakaya, a columnist at Vakit, recently wrote: "Jew equals terrorist."

Other complaints concern advertisements the Solidarity Foundation have used to protest Israeli actions. The advertisements say "You can't be Moses' son" and can be seen on various billboards along Istanbul's major roads.

"We have been living on this land for centuries, speaking and thinking in Turkish, and fulfilling all our duties as citizens. We see ourselves as a fundamental part of Turkey."

We know that the administrators, intellectuals and our conscientious nation hear our concern. The speech Prime Minister Erdoğan gave against anti-Semitism last Tuesday is a clear example of that. We hope that everyone will share our sensitivities."

The statement also stressed that Turkish and Middle Eastern leaders must strive to bring peace and supported Prime Minister Erdoğan's efforts to that end.

It also said that prayers for peace, as well as for the dead and the wounded, were given in all synagogues in Turkey last Saturday.

Anti-Semitism alert in Antalya
Meanwhile, in a separate development, the minister of culture and tourism, Ertuğrul Günay, expressed his displeasure with various hotels in Antalya for putting up signs that read: "Israeli tourists may not enter." "We have no special enmity for Israel. I am asking everyone not to be part of this kind of campaign that is the scheming of those who want to hurt the tourism industry in Turkey," said Günay, reported daily Milliyet.

Also in Antalya, the Alanya Association for Protecting the Environment, reversed their decision about having Israeli singer Linet, who is quite popular in Turkey, perform at their annual event.

The organization said they canceled her show because they were worried about protests against Linet’s performance because of Israel's attacks on Gaza.