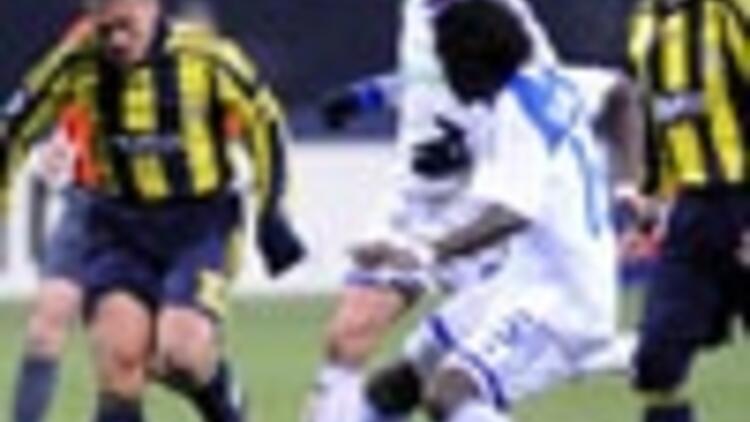 Dynamo Kiev of Ukraine defeated Turkey's Fenerbahce 1-0 in a Group G match, with Roman Eremenko's first half goal, in the European Champions League in Kiev on Wednesday. With this result, Fenerbahce finished at the bottom of the group and failed to gain a place in the UEFA Cup.

Artem Milevskiy, Dynamo's driving force throughout the match, sent Eremenko through with a diagonal cross-field pass at 20 minutes before the Fenerbahce's onrushing goalkeeper Volkan Demirel made the midfielder's finish even easier.

Fenerbahce's best chance fell to striker Daniel Guiza whose angled header was saved by Stanislav Bogush and the home side's keeper also had no problems stopping a close range effort by Selcuk Sahin.

"A coach needs a year or two to build up a good team and I have been at Fenerbahce for 5-6 months only," Fenerbahce's coach Luis Aragones told reporters.

"We didn't control the ball today and that's why we failed to create any scoring chances. Still, (we) should have moved better without the ball, especially at the back."

Claudio Maldonado of Fenerbahce was sent off for violent conduct in injury time.

Dynamo join Ukrainian rivals Shakhtar Donetsk and Metalist Kharkiv in the UEFA Cup, while group winners and runners-up Arsenal continue to the next stage of the Champions League.