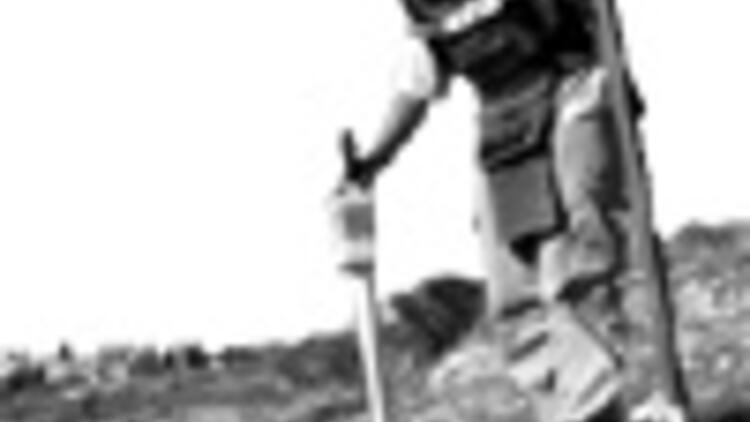 ISTANBUL - Some 100 nations began putting their names to a landmark treaty banning cluster bombs yesterday, though Turkey was not among them.

Although it participated in the Oslo process, Turkey did not pledge to sign the treaty. Participants urged other countries to sign the treaty, including major arms producers China, Russia and the United States.

Norway Ğ which played a key role in hammering out the worldwide ban on using, producing, transferring and stockpiling of cluster munitions Ğ was the first country to sign the Convention on Cluster Munitions, or CCM, AFP reported yesterday.

"The world is a safer place today," Richard Moyes of the Cluster Munitions Coalition, an umbrella group that comprises some 300 non-governmental organizations, told AFP. The Oslo process started upon the call of Norwegian Foreign Minister Jonas Gahr Store in February 2007. The call was answered by 46 countries, who gathered in Oslo.


In May, representatives of more than 100 countries decided to open the treaty to signature Dec. 3, the international day for persons with disabilities, in Dublin. However, Turkey, along with the world’s biggest producers and users of cluster bombs, the United States Russia, China, Israel, India, Pakistan and Brazil are not part of the accord.

"In a war against a legitimate enemy, cluster munitions remain the most effective weapons against area targets, and we've got a lot of these munitions in our stocks," one Turkish official had told the Hürriyet Daily News & Economic Review earlier. "Unless you find a viable option to cluster munitions, you can't simply rule out their use." Rather than fully banning these weapons, making them safer for civilians should be the real objective, said the official.

Dropped from warplanes or fired from artillery guns, cluster bombs explode in mid-air to randomly scatter hundreds of bomblets, which can be just eight centimeters big. Many bomblets fail to explode, littering war zones with de facto landmines that can kill and maim long after a conflict ends. Worldwide, about 100,000 people have been killed or maimed by cluster bombs since 1965, 98 percent of them civilians, says Handicap International, a campaign group. More than a quarter of the victims are children who mistake the bomblets for toys or tin cans.

The Dublin draft treaty sets an eight-year deadline for participant countries to destroy most of their stockpiles of cluster weapons. It also calls for nations that adopt it to provide technical, financial or material assistance for clearing up cluster munitions' remnants on the territory of other states. The treaty would not be binding for non-signatory nations. Despite the absence of key countries, opponents of cluster bombs say the treaty Ğ also known as the Oslo Convention Ğ should help stigmatize the use of such weapons even by non-signatory countries.

"The treaty places moral obligations on all states not to use cluster munitions," Norwegian Prime Minister Jens Stoltenberg said. The Cluster Munitions Coalition shared his optimism. "The treaty will increase the political cost of using these weapons for any country," Moyes said.
False