HaberlerGündem HaberleriTurkey not living up to its Ilısu promises: report 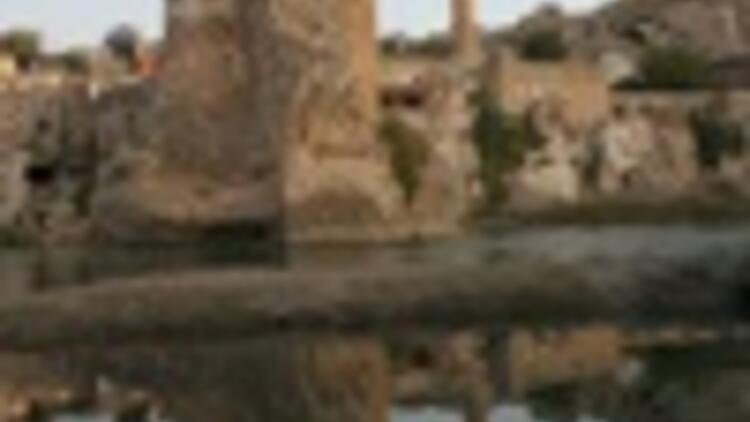 ANKARA - The controversial Ilısu Dam has received another negative report after it was issued an environmental failure notice in October. Austria announces withdrawal from the international consortium, while Germany and Switzerland appear to give Turkey another chance on Ilısu Dam

An evaluation report by German, Austrian and Swiss decision-makers on the Ilısu Dam Project has revealed Turkey has not met its contractual commitments, the Hürriyet Daily News has learned.

The report had given Dec. 12 as a deadline for Turkey to meet the technical conditions.

"This was just a deadline for the three parties to evaluate the process. It does not mean the project is now over. In fact, negotiations are ongoing," said a diplomatic source who wished to remain anonymous.

The report came after the three parties issued an "environmental failure notice" in early October, stating some conditions had not been met by Turkey. The contract sets out an evaluation procedure to be pursued if one of the parties is believed not to have fulfilled its commitments.

"Turkey now has the time to meet the relevant criteria or to persuade us that the criteria have already been met and in the end we will look again," said the source.

Germany, Switzerland and Austria have pledged guarantees worth $710 million to realize Turkey's $3 billion Ilısu Dam Project, but it may be in jeopardy if the partners cancel loan guarantees tied to environmental and human rights criteria. Austria, which has been the most concerned so far, finally decided to remain outside of the project. Austrian Foreign Minister Michael Spindelegger most recently announced that his country has withdrawn from the international consortium due to Turkey's failure to meet the criteria.

Turkey's Environment Minister Veysel Eroğlu said yesterday that Austria's non-participation would have no impact on the building of the planned dam.

"There will be no effect. We'll construct it much more rapidly. We have the strength to build bigger dams. This dam will certainly be built," he told reporters in Ankara.

Germany is having second thoughts about the guarantees after Turkey's non-compliance with the required conditions. German Ambassador to Turkey Eckart Cuntz visited the region on Dec. 5 to 7 and met with local officials as well as nongovernmental organizations campaigning against the project, it has been revealed.

Historic sites
German reservations about the project are focused on reports that resettlement in the dam-building area and preservation of historic sites is not proceeding accordingly. After Austria, any German withdrawal could weaken Turkey's hand.

"We have a contract with Turkey that specifies technical conditions. If Turkey meets them then everything will be fine. It is very clear. But until now, Turkey has not fulfilled the conditions," said the diplomatic source. "We have not lost hope. The project is very technical and very difficult. Time is not the most important factor here, the project is. If realized, it will be done in a professional way on the basis of high quality standards. If technical requirements are met we will definitely support it."

The dam, if built, will be the second largest in Turkey by volume of water. It will lie on the upper Tigris River in southeastern Anatolia. Dozens of local NGOs and local politicians oppose the dam project, arguing it will devastate the area's environment and cultural heritage and displace more than 50,000 people. The ancient town of Hasankeyf is among the sites to be flooded.

The Turkish government says the project will provide hydro-electric energy and create employment. Environment Minister Eroğlu strongly defended the project and referred to those who opposed it as "separatists."

"Those are certain types of people, separatists who do not want the development, welfare and peace of our citizens in the region," he said.