Turkey goes to vote: Now what? 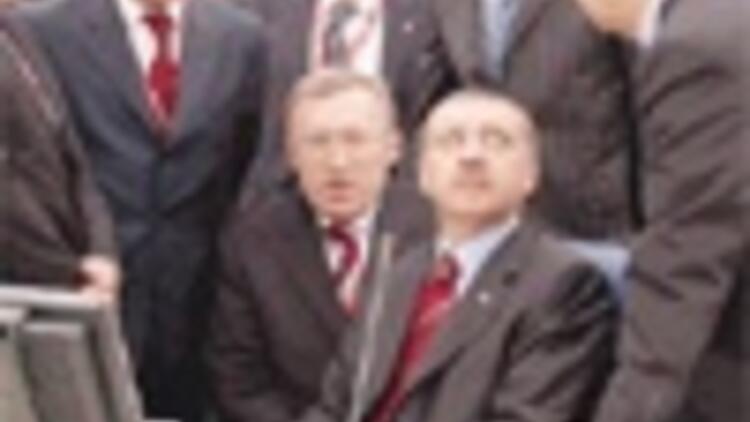 ANKARA - Constitutional reform is likely to be at the center of the government’s efforts after the local elections this weekend. In an effort to rejuvenate negotiations with the European Union, party leaders are expressing flexibility toward their stances on the required constitutional changes and the parliamentary commission to address the issues

After the local elections, the government is expected to push for amendments to the Constitution as part of a renewed focus on the reform process for EU negotiations. The ruling party will likely first seek a consensus from opposition parties.

Right after Sunday’s elections, Parliament Speaker Köksal Toptan will communicate with political party leaders to set up a Constitutional Consensus Commission. Toptan tried last year but the Republican People’s Party, or CHP, refused to send any members to the commission and the project failed.

This time, however, Prime Minister Recep Tayyip Erdoğan seems determined. Although some representatives of the far-right Nationalist Movement Party, or MHP, have questioned the government’s sincerity, MHP leader Devlet Bahçeli is likely to send members to the commission. Meanwhile, the CHP insists that annulling parliamentary immunities be included in any such package of changes and the AKP is at the point of accepting this.

"If they want, we can start amending the Constitution with the immunities. We have no such pre-condition," Nihat Ergün, AKP’s deputy parliamentary group leader, said earlier. One important point that would push the CHP to appoint members to the commission is the AKP’s decision to take the amendments to a popular vote. Apparently, the AKP Ğ backed by the MHP Ğ wants to go for "partial changes," if the CHP doesn’t join forces.

Erdoğan said last week they would seek the right to individual applications to the Constitutional Court, ombudsman posts, changes in party dissolution criteria and the Election Law. The AKP suggests applying the Venice Criteria in party closure cases, which foresees punishment for individuals rather than institutions.
With the amendment, any party member violating the political parties’ law would be politically banned but the party would not be affected.

The pro-Kurdish Democratic Society Party, or DTP, is expected to back the amendment as it faces the threat of closure. The AKP last year narrowly escaped being shut down.

Alongside with the right to individual applications to the Constitutional Court, the composition of the top court will also be modified, according to the draft amendment. The number of the judges will be increased, and eight of them will be selected by Parliament. It will be divided into two separate chambers to reduce the workload.

One key amendment would bring about the concept of "Turkey deputyship," which would allow all parties to send lawmakers to Parliament according to the vote they receive in the general elections.

Besides the ruling party’s proposals, the opposition parties also have priorities regarding the amendments. The CHP wants to eliminate articles that legitimize coups and abolish temporary Article 15, which prevents functions of the law, the state and its institutions and protects the Sept. 12 laws that were introduced by the junta that staged the 1980 coup. The CHP also favors eliminating the Higher Education Council, or YÖK, and the autonomous university model. They also seek to delimit presidential duties and authorities.

On the other side, the MHP prepared a draft of constitutional changes that requests regulating the duties and authorities of the Constitutional Court, reducing the number of court members to 17 or 20 and electing some judges by Parliament. The party also wants to remove the court’s authority as the High Council to examine corruption claims against prime ministers or ministers.