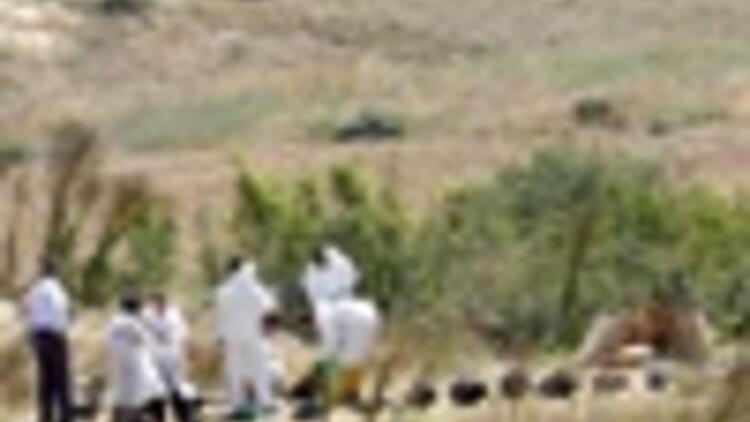 Thirteen illegal immigrants suffocated in an overcrowded truck container and their bodies were dumped Wednesday in a field in Istanbul's outskirts, officials and media reports said. Most of the dead were believed to be Pakistanis. (UPDATED)

The thirteen were among 80 people from and who were crammed into the vehicle in the eastern of for a 1,650-kilometer clandestine journey to , Anatolian Agency quoted Istanbul Governor Muammer Guler as saying.

"When the sweltering truck became unbearable, they began punching the driver's cabin and he stopped... It was determined that 13 people were dead, four were unconscious and 63 others alive," Guler said.

"This is a tragic example of people smuggling," he said. The trafficking ring had sneaked the group to Van from neighboring , Guler said.

Police were looking for the driver, who fled after dropping off the bodies as well as the surviving immigrants in a field in the Kucukcekmece district, on ’s European side.

Thousands of immigrants from Asia and Africa enter illegally every year. From there, many try to reach the European Union in search of jobs and a better life.