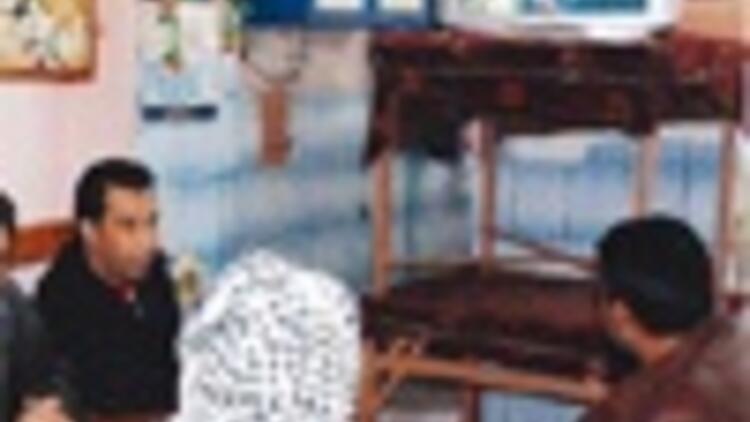 ISTANBUL - The head of the Diyarbakır Chamber of Trade and Industry, Mehmet Kaya, agrees that TRT’s new channel is important, as such mediums can allow the language and culture of a people to develop. He says the TRT’s belated efforts on Kurdish TV are welcome, but argues that it need to be supported by scientific measures to promote Kurdish

Test broadcasts from the Kurdish television channel of Turkish Radio and Television Corporation, or TRT, have received mixed responses in the region, with some cautiously welcoming it while others seeing it as a voice of the state.

The Kurdish TV, called TRT 6, will feature music shows, movies and news programs with Kurdish dubbing. The official start date for broadcasts is Jan. 1 and will use the Kırmançı dialect of Kurdish. The number of personnel as of Friday stood at six. TRT has signed a deal with Rojin, a popular Kurdish singer, to host shows on TRT 6, it was reported. Earlier it was reported that Kurdish singer Şivan Perver was approached to have a concert on the opening day of the channel. Perver, who has been overseas for the past 33 years because of the charges filed against him for using the word "Kurdistan." A deal was struck for him to host two shows but it was eventually revealed that it was impossible for Perver to return to Turkey for now.

Test broadcast
The 24-hour test broadcasts that started Thursday were watched by a limited audience in the Southeast, reported the Doğan news agency, noting that many did not know it was on.

A former parliamentarian form the disbanded Democracy Party, or DEP, Sedat Yurttaş, described the TRT’s Kurdish channel as an important initiative. "This shows the policies pursued by the state have been mistaken until now," he said. Yurttaş said the step itself was important despite concerns over weak content, but noted that the channel should not become a part of the state’s communication apparatus to broadcast its stance.

He said an official from the TRT meeting with Şivan Perver was an important step in itself, adding, "It is important for state officials to meet with Kurdish artists who were described as separatist or traitor."

However, he said the channel could only be a step, which must include setting up Kurdish language departments in universities.

The head of the Diyarbakır Chamber of Trade and Industry, Mehmet Kaya, agreed with Yurttaş, noting that TRT’s new channel was important, as such mediums could allow the language and culture of a people to develop. He said the TRT’s belated efforts on Kurdish TV were welcome, but argued that it needed to be supported by more scientific measures to develop the language. He said that private channels still had to abide by regulations that limited the weekly Kurdish broadcasts to a maximum of four hours. "There are close to 10 television channels in Kurdish that broadcast from Iran and Iraq," he said, noting that the TRT was up against stiff competition. Former Diyarbakır Bar Association head Sezgin Tanrıkulu said significant improvement in Kurdish rights were made in the last decade, but noted that despite being a positive development, if the TRT 6 became the mouthpiece of the state, it would not be watched in the Southeast.

Former mayor of Diyarbakır’s Sur region, Abdullah Demirbaş, was totally against the idea of TRT launching a Kurdish television channel, arguing that it was part of the state’s policy of pressuring Kurds.

Demirbaş, who won in Sur in the 2004 local elections, was dismissed form office by court order for his policy of using Kurdish in addition to Turkish in the municipal services.

"I was fired because I used Kurdish. Şivan Perver, who was branded a terrorist for 30 years, has suddenly become very interesting for some, who are meeting with him to deceive Kurds," he said. He said TRT 6 could not be seen as a positive development. "I believe many watch the channel that respects their values. Like Roj TV," he said. Denmark-based Kurdish channel Roj-TV is seen by Turkey as a mouthpiece for the outlawed Kurdistan Workers’ Party, or PKK. Its repeated demands for its closure have been rejected by the Danish government, which has argued it would run counter to freedom of speech.

The local Human Rights Association, or İHD, leader, Muharrem Erbey, told the Doğan news agency that the TRT 6 was a step in the right direction but hardly enough to resolve the country’s Kurdish problem.

"In prisons, inmates cannot talk to their families in Kurdish. Greetings in Kurdish or Kurdish posters and invitations still end up creating trouble for people, and all of them contradict what the TRT is trying to do," he said.

Diyarbakır Gün TV’s Diren Keser, said they had expected other private channels to start broadcasting in Kurdish or other local languages and dialects before the TRT.

"The law about broadcasts in local dialects and languages has been in place since 2004. According to the law, TV channels can broadcast in Kurdish for a maximum of 45 minutes a day and a total of four hours a week. There is also the problem of censorship. Şivan Perver is well known in the region. However, we don’t broadcast some of their songs with lyrics that might cause trouble. I don’t know how the TRT would have broadcast Perver under the current circumstances," he said.