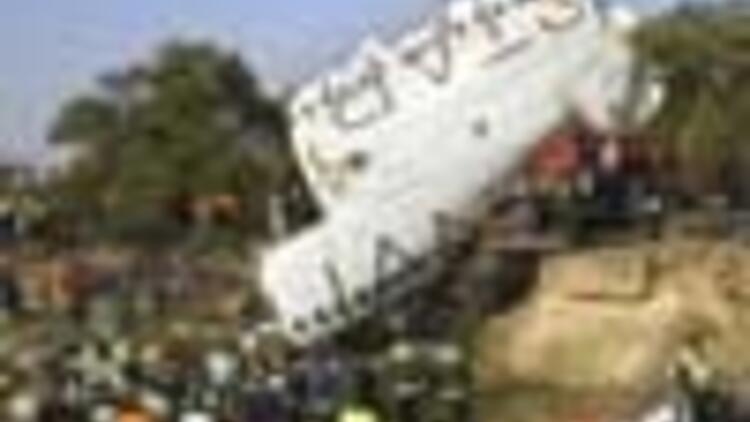 The airliner that crashed in Madrid must have suffered more than one kind of failure, Spain’s civil aviation chief said, as the investigation into the cause of the disaster that killed 153 people heated up Friday.

Just 19 people survived Wednesday’s crash of the Spanair twin-engine plane bound for the .

"There has been more than one breakdown," Manuel Batista, the head of ’s Civil Aviation, told the El Pais newspaper.

Contrary to some accounts by witnesses, the newspaper said video taken by the Spanish airport authority AENA does not show any engine explosion while the Spanair MD-82 was taking off.

Batista said engine failure alone would not be enough to bring the plane down because modern aircraft are designed to fly on just one engine in an emergency, and pilots practice doing this.

"I am not so sure that the engine failed," Batista said.

The plane abandoned one takeoff attempt because of a mechanical problem with what the airline called an air intake valve near the cockpit. But experts have said this, too, was unlikely to have caused the crash, ’s worst air disaster in 25 years.

The investigation into what brought down the plane is likely to take months, though information could come from the two recovered black boxes before then.

The government says it has a wealth of information to work with, including video footage of the planes takeoff from airport cameras.

On Friday, relatives of those killed in the crash continued with the ordeal of identifying bodies. Many bodies were burned beyond recognition and forensic teams are taking DNA samples from relatives. Around 50 sets of remains have been identified

An official funeral presided over by Archbishop Antonio Maria Rouco has been scheduled for Sept. 1, the city government said.

And more stories of heroism and heartbreaking poignancy emerged.

Firefighter Francisco Martinez, part of the first teams to arrive on the fiery crash scene, told Thursday of Amalia Filloy, a mother severely injured in the crash, who insisted that rescuers pull her 11-year-old daughter Maria out first.

said he also rescued one of two little boys who survived the crash.

"He asked if what was happening was for real," told reporters. "He thought it was a movie, and asked where his father was and when the movie would end."