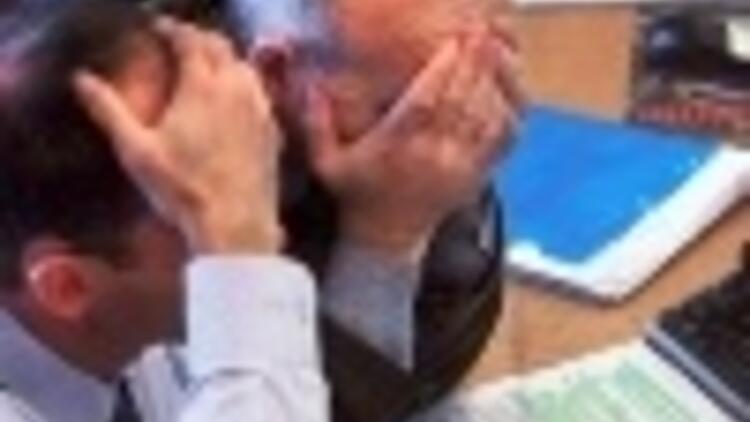 The suspension of trading in Russian markets had incited fears that the credit crisis could well turn into a banking and eventually a liquidity crisis, a years-long nightmare scenario for emerging markets, while it intensified sell-offs in Turkish markets as investors seek to cash in their assets.

Russia halted stock and bond trading on Wednesday amid the worst market falls since the country's 1998 financial collapse and the Finance Ministry pledged a total of $60 billion of funds to help local banks.

On Thursday Russia's exchanges restarted some trading, but country's two stock exchanges closed. The dollar-denominated RTS index lost 20 percent since the start of the week, and the ruble MICEX index down nearly 25 percent. The stock markets would be closed until Friday.

TRUST OR LIQUIDITY?
There are many internal factors alongside with the global credit crunch that increase fears on Russian markets.

Geopolitical tensions have increased risk premiums, declining oil prices have reduced the attractiveness of Russian assets and the meltdown on Wall Street is encouraging risk aversion among market players.

Market experts and participants question whether the situation in Russia is just a side effect of the credit crunch and increased outflows due to lack of confidence or a signal of a larger liquidity crisis that could spread into emerging markets that have been isolated from the crisis up to now.

"There is a liquidity crisis," Vladimir Osakovsky, an economist at UniCredit in Moscow, said in a research note. "This is causing the market to decline."

The global conditions since 2003 were in favor of emerging markets as the low interest rates created huge amounts of liquidity which flooded into emerging markets and helped them to recover from the financial crisis in late 1990s and early 2000s.

Russia is facing its worst stock market decline in a decade mainly because of a confidence crisis rather than liquidity problems, Deputy Finance Minister Pyotr Kazakevich told reporters.

TURKISH MARKETS HIT
The hedge funds or foreign investors seeking to reduce their risk exposure turn to Turkey as Russian markets remain closed and intensified the decline in the markets.

Investors have started to sell risky instruments and this causes volatility in Turkish bonds as well as lira currency, said Ayse Colak, the vice president of Tera Securities.

“There are panic sells in the Istanbul Stock Exchange. The closure of Russian markets causes extra selling because we are in the same basket as the emerging markets. Hedge funds who cannot sell their assets in (Russia) turn to us,” Colak added.

Turkey’s main stock exchange underperformed its emerging market peers, extending its losses to around 15 percent and touching its lowest level since October 2005 in the day on Thursday on safe-haven buying. Also the lira weakened as much as 2 percent against the dollar, while the benchmark bond yields exceeded 20 percent.

BANKINGS ‘ACHILLES HEEL’
The dive in Moscow began before the wider world was beset by the global credit crisis. The RTS stock index has plunged about 54 percent since the beginning of the year, making it the worst-performing market among developing countries.

The latest round of global market turmoil could not have come at a worse time, as the country's external debt burden will be at its heaviest towards the end of this year. A total of $72 billion in external debt is due to mature by the end of 2008 compared to $80 billion in the whole of 2009.

Although the Russian markets have been caught to the latest wave of global credit crunch in a difficult environment, analysts say the situation is not similar to the financial crisis in 1998 but still expect a consolidation in the banking sector.

“And we have seen that play into the banking sector now, which is one of Russia's Achilles' heels,” he said, adding Russia has huge capacity to support banking sector liquidity but market developments in recent days have accentuated risks for the sovereign's credit status.

The Finance Ministry stepped in to rescue state-run banks, such as OAO Sberbank and Gazprombank, increasing available budget funds to just over $59 billion from $48 billion and that it would lend the banks as much as 1.3 trillion rubles and cutting banks reserve requirements dramatically.

"Such measures could bring some market relief, but we are unsure whether it will be enough to avoid a real crisis in the banking sector. If the situation escalates further, we therefore expect further measures to be taken. The Russian government has the means to stabilize the situation affecting the fragile Russian financial sector, but the cost of doing so will be substantial," Lars Rasmussen, an analyst at Danske Bank, said in a research note.

A consolidation move in the Russian banking sector is expected as large state owned banks such as VTB, Sberbank and Gazprombank absorb several minor players, the report said.