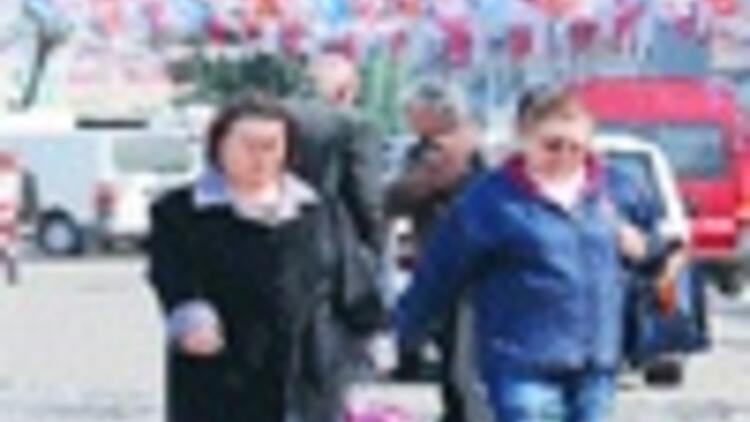 ANKARA - That the battle being waged between the parties for municipal seats is only going to heat up in the last week before local elections is something of a given. And while there is almost general consensus that the ruling AKP will be victor of most the spoils, the question becomes to what degree the opposition can cause any upsets along the way and where

The cutthroat competition of local politics heats up this week ahead of elections March 29, and while the ruling party is expected to make convincing gains, the main opposition may yet reveal a few surprises.

The rivalry between the ruling Justice and Development Party, or AKP, and the main opposition Republican People’s Party, or CHP, is attracting particular attention in Ankara and Istanbul, where the CHP is tipped to increase its stake.

While there are signs the AKP may not win as convincingly as it did in the last local elections in 2004, it still looks to have the upper hand in Turkey’s two main cities. This year could also see the Nationalist Movement Party, or MHP, increase its support base in the capital.

The AKP’s candidate and current mayor of greater Istanbul, Kadir Topbaş, is expected to win the race for the top office once more this year.

Topbaş received 45 percent of the vote in 2004, while the candidate for the CHP, Sefa Sirmen, managed only 29 percent.

For next week’s elections, the CHP is running with Kemal Kılıçdaroğlu for mayor’s post. Kılıçdaroğlu, who figured predominantly over his corruption allegations against the AKP, has increased the CHP’s support largely thanks to his promise to fight corruption. However, prospects of the party taking the Istanbul seat remain slim.

The Social Democratic People’s Party, or SHP, which has allied with the Democratic Society Party, or DTP, has entered a candidate in the race. The DTP is represented in Istanbul by its candidate Akın Birdal.

The capital looks set to witness a more closely fought battle. The AKP’s candidate, Melih Gökçek, captured a staggering 55 percent of the vote in 2004. This year’s CHP candidate, Murat Karayalçın, who was running for the SHP in 2004, managed 20 percent. This year, Karayalçın is running as a joint candidate for both the CHP and the SHP. Latest polls show that Gökçek did not fare too well in a live televised debate with the CHP’s Istanbul candidate, Kılıçdaroğlu, and the AKP contender has lost some ground.

In the last three elections Gökçek has attracted voters from the ranks of MHP supporters, yet the situation seems to have reversed this time around. The MHP is experiencing a revival thanks largely to its candidate, Mansur Yavaş.

The AKP’s mayoral candidate for the district of Keçiören, Turgut Altınok withdrew his candidacy in February. Altınok, who has an MHP background, has also come out in support of Yavaş this year. If Yavaş manages to lure a few more voters away from Gökçek, this year could still throw up some surprises yet. Although Gökçek appears to be in front, Karayalçın may yet reign it if the loses more votes to the MHP. In the district of Çankaya, a traditional CHP stronghold, the main opposition party is expected to comfortably retain its dominance.

Despite the AKP’s efforts, the CHP continues to head them off in another of its fortresses, the western city of İzmir with its candidate Aziz Kocaoğlu. The CHP ran Ahmet Piriştina as candidate in 2004 and convincingly won 45 percent of the vote. Following Piriştina’s demise, Kocaoğlu has replaced him. The AKP has once more nominated Taha Aksoy for the İzmir race. Aksoy was defeated after managing just 32 percent of votes in 2004. Although Kocaoğlu has faced recent criticism for a debate regarding the levels of arsenic in the water supply, he remains the clear favorite.

The Democratic Left Party, or DSP, is expected to maintain its candidate in Eskişehir. The party’s candidate, Yılmaz Büyükerşen, has been elected mayor for three consecutive terms. Hasan Gönen is the AKP’s candidate in the city, which is also the electorate of Finance Minister Kemal Unakıtan. Unakıtan was elected as the AKP’s Eskişehir deputy in the 2007 general elections. Despite Unakıtan’s interest in the city, Gönen does not seem to have much chance against Büyükerşen, who has transformed the image of the city with a series of successful projects.

AKP ahead in Antalya

There is another tightly fought contest between the AKP’s Menderes Türel and the CHP’s Mustafa Akayadın for the mayoralty in Antalya. At this stage Türel seems to have kept one step ahead in the race. Türel received 34 percent of the vote in 2004, the same year the CHP candidate, Ertuğrul Dokuzoğlu, secured only 22 percent. Instead of the incumbent Mayor Eşref Fakıbaba, the AKP has nominated a new name as its candidate for Urfa. In response, Fakıbaba is running as an independent this year.

The Saadet (Felicity) Party has voiced support for Fakıbaba’s candidacy. Although Fakıbaba does have a chance to upset the AKP in Urfa, the ruling party remains assertive. The AKP’s candidate for Urfa mayor this year is Mehmet Oymak. The Pro-Kurdish DTP seems to have staved off strong opposition in Diyarbakır, the predominantly Kurdish southeastern city of Turkey. A recent strife between AKP and Saadet Party in Van may just pave the way for a DTP victory too.

The ruling AKP won 1,787 mayoralty seats in provinces, districts and counties, with an overall 40 percent of the vote in 2004’s local elections. It secured 12 out of 16 metropolitan municipalities and 46 mayoral seats for provinces.

The major parties to feature in next week’s elections are the AKP, the CHP and the MHP. The Pro-Kurdish DTP will not feature strongly beyond the southeast. The results of the elections will not be evaluated just in terms of the success of each individual candidate but also in terms of the parties’ general success in the vote overall.