Police report on Dink toned down 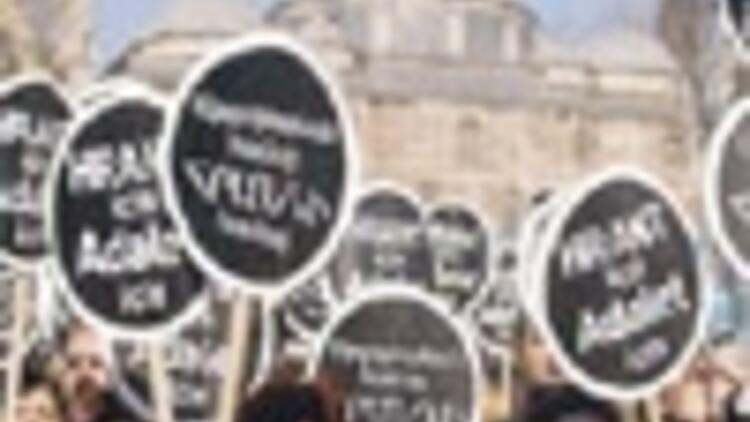 ISTANBUL - A report on the threat to Turkish-Armenian journalist Hrant Dink’s life was tampered with and toned down before being sent to Istanbul. The sentence ’Yasin Hayal will murder Hrant Dink whatever the cost’ was changed to ’Hayal is planning to take action toward Dink’.

An intelligence report on the threat to the life of murdered Turkish-Armenian journalist Hrant Dink was toned down before being sent to Istanbul, it has been reported.

The sentence "Yasin Hayal will murder Hrant Dink whatever the cost" was changed to "Hayal is planning to take action toward Dink."

Dink, the former editor-in-chief of daily Agos, was gunned down Jan. 19, 2007 in front of his office in central Istanbul and the instigator is suspected to be Yasin Hayal.

The mentioned intelligence report, written by the staff of the Trabzon Police Department on Feb. 16, 2006 and sent to the Istanbul Police Department two days later, carries the signature of Ramazan Akyürek who was Trabzon’s chief of police at the time.

Akyürek is being blamed for "neglecting duty" in a report prepared by the Prime Ministry Inspection Board, which was approved by Prime Minister Recep Tayyip Erdoğan.

The daily Milliyet also obtained reports of meetings that show the statements made to justify the removal from duty of Erhan Tuncel, a former informant for the Trabzon Intelligence Unit. Tuncel was a source providing intelligence on Hayal. The report clearly indicates that Hayal was going to murder Dink, not "take action toward" him.

Ali Fuat Yılmazer, another security officer who is being blamed for "neglecting duty" in the same report, was the head of the C section of Trabzon’s Intelligence Unit at the time. Yılmazer’s office had received the report Feb. 17, 2006, and the Istanbul Intelligence Unit also received a memo on the same day. However, the memo is slightly different from the report as plans of murder were toned down to read "taking action." "Hayal is planning to take action toward Dink and he will stay with his brother Osman Hayal" reads the altered memo.

The report signed by Akyürek includes intelligence provided by Tuncel. Tuncel says an accomplice of Hayal told him that Dink and the daily Agos were blackening the image of Turks and the Turkish Republic and for that reason they were planning to take action against him. However, Tuncel’s statements continued as such: "While I was convinced Hayal would do what he wanted to do for sure, I advised him not to do so. He told me that he would kill this person no matter the cost."

The report also features the comments of two intelligence agents from the police department in its evaluation section. The agents pointed to former knowledge of Hayal speaking around of taking action and indicated that he was capable of doing such a thing.
Haberle ilgili daha fazlası: