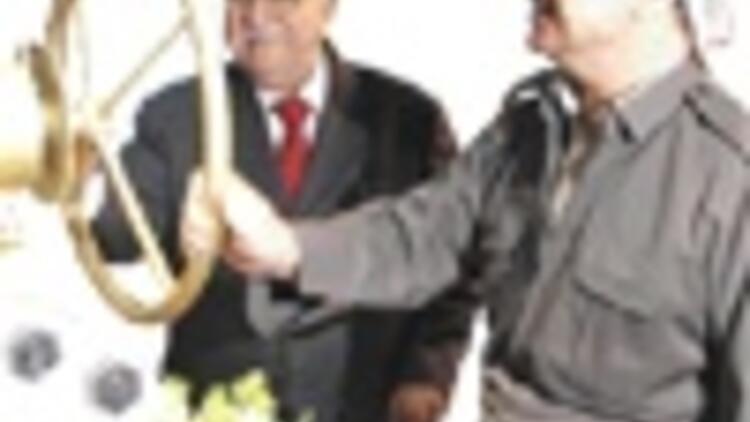 ANKARA -Ankara says further steps taken by Iraqi Kurds against the outlawed PKK will boost trade ties and convince the administration in northern Iraq to prefer Turkey to the PKK. Analysts, however, say that although pumping oil for export is a positive development, expecting a swift solution to the PKK problem through oil sales would be too optimistic

Fostering ties between Turkey and the Regional Kurdish Administration in northern Iraq, marked by oil exports via the national pipeline to Turkey’s Ceyhan port, could give Ankara an upper hand in the fight against terror.

Diplomats said further steps taken by the Kurdish administration to combat the outlawed Kurdistan Workers' Party, or PKK, based in northern Iraq would boost bilateral ties and convince the regional administration to prefer Turkey to the PKK.

"The northern Iraqi administration's contributions to our fight against terrorism would reflect positively on our bilateral trade. Turkey is in close dialogue with all the groups in Iraq and we have already seen the fruits," said a Turkish diplomat, who requested anonymity when speaking with the Hürriyet Daily News & Economic Review yesterday.

"The PKK does not have the strength it once had and has been losing ground. The regional administration has seen that cooperation against the PKK will have positive impacts on bilateral ties with Turkey, and it will sell out the PKK and prefer Turkey," the same diplomat added.

The Regional Kurdish Administration officially started pumping crude oil to the international market on Monday. Nearly 100,000 barrels of oil were sent from the Taq Taq and Tawke oil fields to the national pipeline and carried off to Ceyhan, according to reports. Tawke is being developed jointly by independent Norwegian oil company DNO and Turkey's Genel Enerji, while Swiss-Canadian Addax Petroleum Corp. is jointly operating the Taq Taq field with Genel Enerji.

Security analyst Nihat Ali Özcan, of the Economic Policy Research Foundation, said the pumping of northern Iraqi oil to Turkey was positive but warned that expecting a swift solution to the PKK problem through oil sales would be "too much optimism."

"The opening of the pipeline for oil shipments to international markets, including Turkey, is a positive development but keeping expectations too high for a solution to the PKK problem would be too much optimism," he told the Daily News.

The Kurdish exports have nothing to do with the PKK, according to northern Iraqi journalist Rebwar Karim Wali. "Trade has never stopped with Turkey even at times when the northern Iraqi administration has taken no steps against the PKK. The border gate has always remained open," he told the Daily News over the phone.

He said that Iraqi Kurdish leaders could not launch a military campaign against the PKK because the north is the only stable area of Iraq.

"Neither the Unites States nor Turkey would want a source of instability in the north that could risk economic interests here," he said. "The Kurdish administration could only ban the PKK's political bureaus and revoke the licenses of the PKK-linked television channels and newspapers and these steps have already been taken."

The Iraqi journalist also noted that oil exports would not bring a significant income to the region, adding that all the hopes were pinned on the pending Iraqi oil and revenue sharing law that will end the uncertainty over how the energy sources are allocated.

The Kurdish administration has so far signed oil and gas contracts with 27 companies worldwide, which were not yet approved by the central Iraqi government.