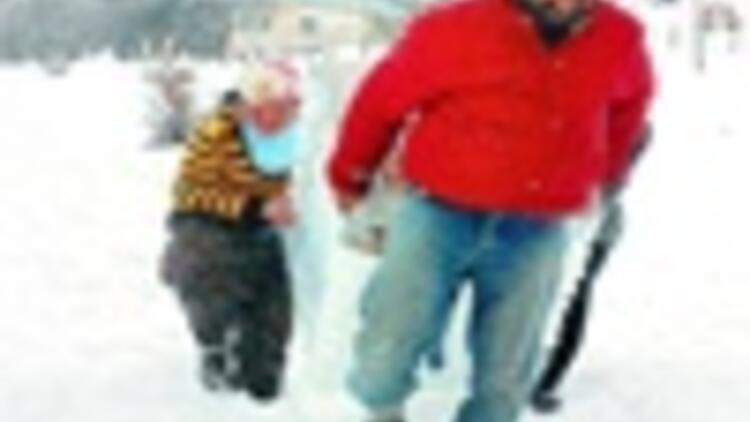 ANKARA - Turkey’s election watchdog issues a warning on government handouts on the eve of local elections, saying such aid is ’aimed at influencing voters’ decisions.’ The warning comes after a controversial ’furniture and washing machine’distribution.

The government’s growing campaign to distribute large amounts of handouts to the poor on the eve of upcoming local elections has received a warning from the country’s election watchdog.

"It is obvious that this aid is aimed at influencing voters' decisions and does not comply with the Constitution's article on the principle of freedom and equality of elections," the Supreme Election Board, or YSK, said in a written statement Saturday.

The board said political parties, municipalities and others must refrain from trying to influence voters, which is illegal, and those found guilty of doing so risked imprisonment. The YSK’s warning came after pictures of distributed furniture, washing machines and refrigerators in Tunceli, one of the poorest towns in Anatolia, were published in newspapers. The YSK is expected to file a criminal complaint in coming days to the office of the chief prosecutor of Tunceli. The prosecutor could open an investigation against public servants who were part of the distribution campaign.

Some houses given washing machines did not even have water on tap. Musa Taşkıran, a resident of the Kürekli village in Tunceli, thanked Prime Minister Recep Tayyip Erdoğan for the aid but said: "First we need roads and then water," daily Milliyet reported yesterday. The newspaper also reported the connection between the Tunceli governor and the Justice and Development Party, or AKP. Governor Mustafa Yaman is the brother-in-law of Murat Mercan, Eskişehir deputy of the AKP.

Former President Ahmet Necdet Sezer previously vetoed Yaman, who was appointed to his current post in 2007. The process of his appointment was completed after the presidential election, as current President Abdullah Gül approved his promotion. Opposition parties have also been very critical of the government’s initiative to distribute free coal and other goods to the poor, arguing the government was using funds to win votes.
Erdoğan stood behind handouts distributed to the Tunceli district in Ankara when introducing mayoral candidates yesterday. "This aid does not occur from one election to another," said Erdoğan implying aid was not a part of the local elections campaign.

He said Turkey was a social state and its responsibility was to find poor people and offer a helping hand to them. "This responsibility is given to us by the Constitution," he added.

Erdoğan also criticized those in the media and opposition party of bringing handouts in Tunceli onto the political agenda. "Have you ever been to Tunceli? Do you have any policies to heal the wounds of Tunceli?" asked Erdoğan, adding they were dealing with poverty caused by opposition parties.