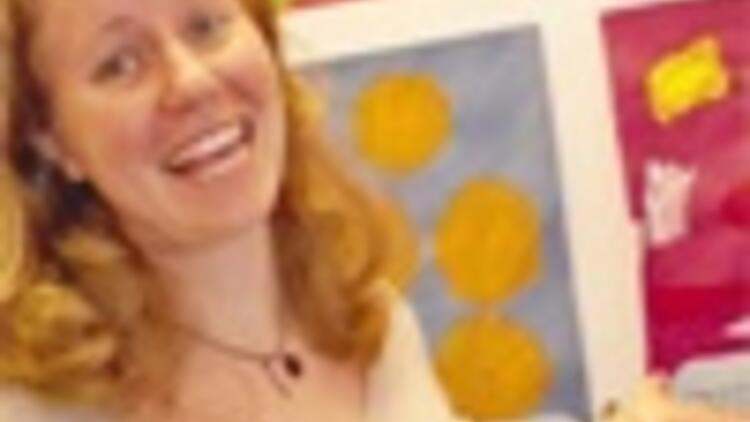 ISTANBUL - Born in Palestine and since making a home in Beirut, St. Louis, Denmark and now Istanbul, an international preschool director is most at home as a foreigner abroad and holds a special affinity for Turkey. Christina Heath extends the lessons of her own multilingual upbringing to the children at Eden’s Garden Preschool, where she is the director and a teacher.

Her father, an American professor of Arabic language and literature, worked at Birzeit University in Palestine and American University in Beirut among other universities in the U.S. An early memory includes an Israeli soldier coming to her family’s door, demanding to come in and search the apartment. As her father refused, she recalls being scared for her life and thinking, "That’s a really big gun." She was three or four and the intifada was beginning.

Her Turkish connection extends back to life in St. Louis between the ages of five and 15 when the families of her father’s Turkish colleagues in the Near East Studies Department became "like relatives". Next Heath moved to Beirut when Israel was still occupying Lebanon after its 1981 invasion.

Insulated somewhat on the American University campus, she said she and the kids in her school were nevertheless terrified by the sonic booms.

Explosions of war aside, she said she never felt safer than when walking the streets of Beirut. By comparison, gangs near her St. Louis neighborhood caused her to walk home from school ready to defend herself with closed fists from karate training.

Given the Palestinians’ displacement from their homeland now occupied by Israel and the inhospitable environment for them in Lebanon, "it was hard not to feel sympathy," Heath said. "It wasn’t hard to see that Hezbollah was doing a better job than the central government."

After a couple of years she moved to her mother’s native Denmark to live with an aunt. "Without many blondes in Beirut, it couldn’t have been more homogenous in Denmark," she added, laughing. In America, she said the borders are black/white and south/north while in Denmark there are immigrants and Danes. "But in Lebanon everyone asks your name which is code for [one’s] village and religion."

She recalled Armenian friends and relatives in Lebanon who still speak Turkish at home because their parents had walked through Syria from Turkey to reach Lebanon.

Heath first came to Turkey to pursue the Turkish language. Coming from Beirut, she calls Turkey the Germany of the Middle East. "Here there are actual procedures and lines," she said. She also remembers her first time in Turkey as beautiful and relaxing, "more so than in any place I’d visited in the Middle East."

With no post-colonial hang-ups, "Turkey has this big self-confidence, a national confidence," she said. "It’s so different here from Lebanon’s national despair where they think it’s better to ship out if you have the money. Turkey is its own entity and believes that it has the right to be European, Asian, Middle Eastern and doesn’t have to belong to any of them," she said.

After learning the Turkish language and delving into it through research, she went to Princeton University instead of pursuing her real desire to be a shepherd in New Zealand "because I couldn’t get my act together."

Back in St. Louis after university Heath received on-the-job training and certification to work with kids identified as autistic. A product of the U.S. education system, she appreciates giving young children the chance to fail and learn from their mistakes.

"We help them learn to clean it up when they pour something on the floor," she said. "Many of the top Turkish preschools get five-year-olds who can’t put their shoes on."

Kids from two to six love feigning anger, especially in Heath’s three-year-old class. "This emotion poster lets them pretend to be mad," she said, pointing to one of the school’s many hand-painted, three-dimensional wall coverings.

Inside, the house-type structure feels more like a spacious tree-house with views over a large play garden and green Yeniköy neighborhood to the Bosphorus.

Much of the work with little kids involves behavior conditioning, she said. "How we act and the example we create make a difference later in life." Beneath what appears to be unflagging cheer and patience, she has endured some wear and tear working with kids all day while running the school. She said she used to pass out at 6:00 p.m. every day in her first six months on the job. "It was the greatest weight loss program ever."

Growing up bi- and trilingual comes in handy, she says, when working in an environment where the children are speaking multiple languages.

Though the language of instruction is English, it is Heath’s belief and experience that kids thrive in a multilingual setting.

Speaking English with her dad, Danish with her mom and Arabic in two communities, her sense of multilingualism is strong and she is able to incorporate it daily with the children at Eden’s Garden. "For two-year-olds, the experience is language immersion whereas three-year-olds are learning the "other" language as a second language because they’ve already acquired a sense of self," she explained.

And she encourages them to correct her Turkish because she said they derive identity and culture through owning their language. "It’s so important." While reading Little Red Riding Hood aloud to the three-year-old class, in simultaneous translation, Heath stumbled on a word, saying, "When the weather got ’scribbled’É" instead of ’dark’. "They all just cracked up," she said.

While some of the work is mind-numbing, she said she enjoys making a fruit salad with a child for the first time. The school’s garden is full of fruit trees and even on a recent wet day, kids were busy digging and climbing around outside. "They get to know the worms, dirt and what’s good for the garden and what’s bad," she said.

"Kids live in their own world and for us to set foot in it and help them access the wider world, that’s what they crave."
Haberle ilgili daha fazlası: 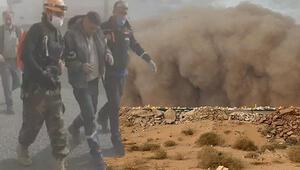 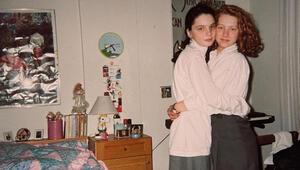