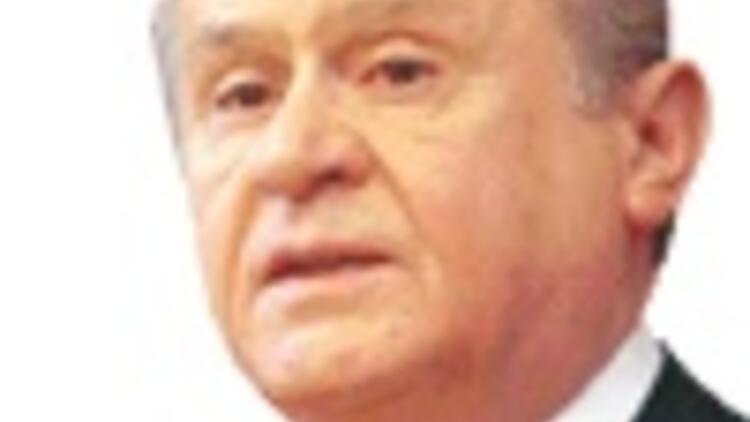 ANKARA - There were many reactions yesterday to Democratic Society Party, or DTP, leader Ahmet Türk speaking Kurdish in Parliament, with opposition party leaders defining the move as betrayal.

In a written statement yesterday, the Nationalist Movement Party, or MHP, leader Devlet Bahçeli harshly criticized the move and charged the ruling Justice and Development Party, or AKP, with complicity. "The recent incident showed the AKP and Prime Minister Recep Tayyip Erdoğan’s new Kurdish initiative immediately found its ground in the separatist groups. It seems the seeds of separatism, which were hailed by Erdoğan in Kurdish on state television, have started to grow," Bahçeli said.

He said Turkey has proceeded into a new phase with the AKP implementing a step by step destruction project that anticipates a separate nation.

"Turkey has proceeded to a very dangerous period triggered by the government’s initiatives and ethnic separatism backed by terrorism has manifested in the political arena. Turkey has entered a new era in the political strategy of the outlawed Kurdistan Workers' Party (PKK)," Bahçeli said, adding that the AKP and the political separatists in Parliament were engaged in close cooperation.

"Erdoğan, who played a hero in Davos, should display the same stance in this incident as well," he said. Such a betrayal in the war veteran’s Parliament, which even directed the Turkish independence, shouldn’t remain without response. The Republican People’s Party, or CHP, deputies likewise showed a harsh reaction to the incident yesterday. "Group talks are official talks in Parliament. It is not right to speak in other languages than the official language, Turkish.

You can speak [Kurdish] on the street or in the parliamentary parking lot, but not during group meetings. Individual and cultural rights are the basis of the Turkish Republic and everyone has to know their limits," said CHP’s Algan Hacaloğlu.