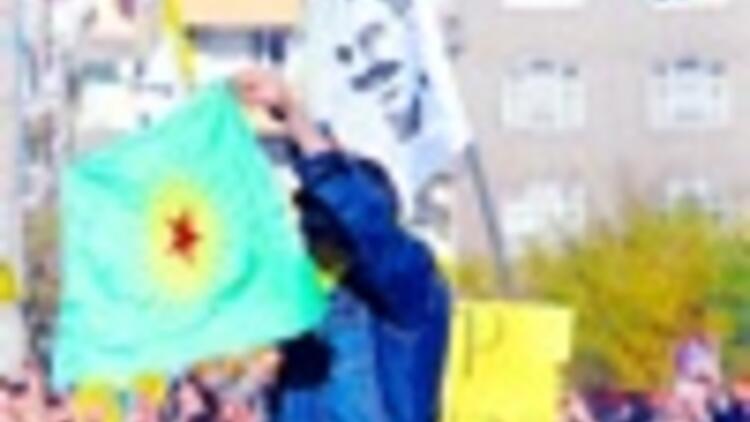 DİYARBAKIR - A man is found guilty of espousing terrorist propaganda after carrying the coffin of a member of the outlawed Kurdistan Workers’ Party who was killed in a clash with security forces on March 24, 2006, once again bringing into focus a 2005 amendment to the the Turkish Penal Code, which expanded the scope of the anti-terror law.

A man has been found guilty of espousing terrorist propaganda after carrying the coffin of a member of the outlawed Kurdistan Workers’ Party, or PKK, who was killed during a clash with security forces. A higher court has also requested the man be tried for committing a crime for the PKK.

No participation in scuffles

A neighbor of the dead PKK man’s family attended the funeral ceremony, and for a while was carrying the coffin draped in the PKK flag. While he did not participate in any of the scuffles and was not seen shouting pro-PKK slogans, he was among those detained after the funeral and charged with spreading terrorist propaganda. In his defense, he said: "I attended the funeral because one of those killed was my neighbor’s relative. I shouted no slogans or waved flags. I just carried the coffin."

A Diyarbakır court decided he was guilty of spreading terrorist propaganda, sentencing him to 10 months in prison. The court said carrying a coffin draped in the flag of a terrorist group meant the man was guilty of disseminating propaganda.

Attending a funeral alone could not be described as a crime, but carrying a coffin draped in the PKK flag was, the court decided.

The case was sent to the Supreme Court of Appeals in Ankara and the higher court annulled the lower court’s decision on Wednesday, instead arguing the man should be tried for both "spreading terrorist propaganda" and "committing a crime for a terrorist group."

The lower court in Diyarbakır will retry the neighbor on both counts.

In previous decisions, jumping during a meeting held by the pro-Kurdish Democratic Society Party, or DTP, was defined by a Diyarbakır court as also "spreading terrorist propaganda," with Kenan Doğru being to 10 months in prison on these charges. In another case, the use of lemon juice to help counter the effects of tear gas has also been defined as a criminal act.

With an amendment made to the Turkish Penal Code, or TCK, in 2005, the scope of the anti-terror law expanded. Heavier punishments were brought for those who intentionally committed a crime on behalf of a terrorist organization, even if they were not members.

The children who throw stones at police or chant illegal slogans in favor of the outlawed Kurdistan Workers' Party, or PKK, at street demonstrations, for instance, are tried for being members of a terrorist organization, according to the law.

In recent months many minors have been tried for incidents of rock-throwing and participating in street demonstrations and been handed tough prison sentences. Most of these incidents have occurred in the southeastern cities of Adana, Mersin and Diyarbakır.

According to a non-governmental organization working with such minors, there are currently 300 such children aged between 12 and 18 who are detained in prisons.