Hundreds of thousands protest in Turkey against Israeli offensive 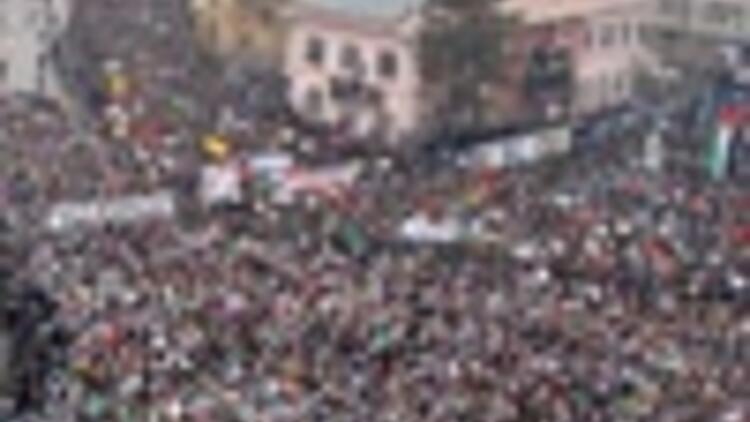 Hundreds of thousands of Turks spilled into their streets Sunday to protest Israel’s deadly assault on Gaza, as Turkish officials held an extra-ordinary meeting in Ankara to discuss the crisis in the Middle East. (UPDATED)

Thousands of people gathered at an Istanbul square after a call by a minor Islamist party to protest the Israeli attacks on the Gaza Strip.

"Stop the massacre, Palestine is dying," read a banner brandished by the protesters, many of them wearing headbands with the inscription "We are all Palestinians."

"The bastards of the devil, go away from Palestine and the Middle East," said another banner in English.

The crowd broke into applause as a spokesman for the organizing committee announced Israeli casualties from the ground offensive launched into Gaza Saturday after a week of air strikes on the impoverished region.

Sunday’s demonstration in Istanbul was organized by the Felicity Party, a minor Islamist party not represented in parliament, and was supported by several non-governmental organizations and trade unions.

Turkey tightened security measures in the synagogues in Istanbul as the protests intensified against Israel's attacks in Gaza.

Israeli troops, backed by columns of tanks, warplanes and gunboats, fanned out across Gaza after nightfall Saturday, bisecting the coastal territory in two and widening an 8-day-old aerial onslaught meant to quelch rocket and mortar fire on southern Israel. More than 460 Palestinians were killed in the Israeli offensive.

Anti-Israel protests were held in many other provinces of Turkey on Sunday.

Around fifty thousand people protested the Israeli offensive in southeastern province of Diyarbakir. The demonstrators chanted slogans against Israel both in Turkish and Kurdish, Anatolian Agency reported.

There were smaller demonstrations overnight in Istanbul and Ankara hours after Israeli tanks and ground troops moved in Gaza Saturday.

Hundreds of Turks demonstrated outside the Israeli and United Nations missions in Istanbul and Ankara overnight in protest at Israel's ground offensive in Gaza.

Some 750 people, carrying Turkish and Israeli flags, marched to the Israeli consulate in the business district of Levent, in Istanbul's European side, under the watchful eye of riot police.

Some of the protestors were detained when they tried to scale the fence around the building, broadcaster NTV said.

In Ankara, protestors from a minor nationalist group gathered outside the U.N. mission, shouting "Damn Israel" and throwing snowballs at the building.

The group then went to the Israeli embassy, where they recited passages from the Koran to commemorate Palestinians killed in Israel's offensive before dispersing.

In an extra-ordinary meeting at the Presidential Cankaya Palace in Ankara, Turkish President Abdullah Gul met on Sunday the high level officials, including Foreign Minister Ali Babacan and bureaucrats from the Ministry of Foreign Affairs, to evaluate the recent developments in Gaza.

During the meeting, Babacan will inform the Turkish president on Israel's recent move to send its land forces into the Gaza Strip, Anatolian Agency reported. Babacan is expected to give information about his contacts with his counterparts in the regional countries.

Turkey on Sunday condemned Israel's air and ground offensive in the Gaza Strip and reiterated a call for an immediate end to the military operation there.

"We condemn and find it unacceptable that has begun a ground operation (in ) in spite of the warnings and reactions from the international community," the foreign ministry said in a statement.

"It is obvious that escalating the tension will not benefit anyone," it said, urging an end to the Israeli operation and the establishment of a lasting ceasefire.

The statement also called on the United Nations to take the necessary steps to bring the situation under control.

In , the U.N. Security Council failed to agree on a statement calling for an immediate ceasefire after nearly four hours of closed-door consultations late Saturday.

has attended the meeting as a non-permanent member after sent its land forces into the Gaza Strip.

"As , we considered the statement quite convenient. However, members of the Council could not agree on the way of issuing the statement. The  insisted that the text should be released as a press statement. In the end, the Libyan-drafted text was not accepted," Turkey's Permanent Representative to the United Nations Baki Ilkin was quoted by Anatolian Agency as saying following the closed-door session.

Ilkin said that he was disappointed about the council's failure to agree on a statement in the face of the latest developments and the ongoing tragedy in . 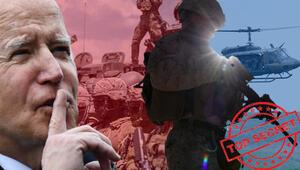 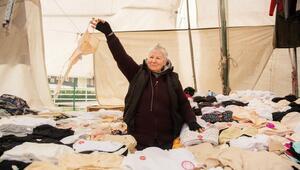 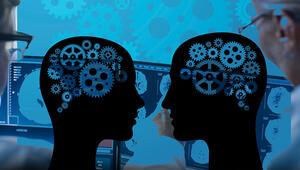