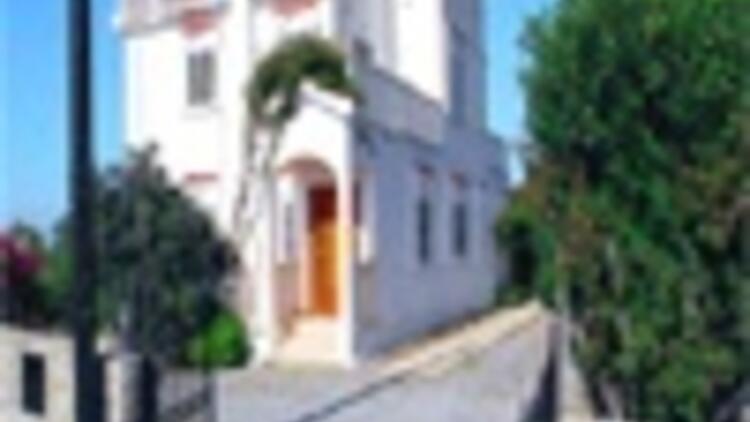 ISTANBUL - The decision by the European Union’s top court to allow Greek Cypriot courts jurisdiction over land issues in the north of the divided island of Cyprus threatens both Turkey and northern Cyprus with economic ruin, experts say.

After an 18-month trial, the European Court of Justice ruled Tuesday that Greek Cypriot Meletis Apostolides still owns the land he abandoned in the north after the island was split in 1974, even though the parcel was subsequently sold to a British couple, Linda and David Orams.

The ruling is likely to strengthen any legal claims other Greek Cypriots might want to assert over their former properties, and a lawyer has warned foreigners on the island who own land of uncertain provenance to seek legal advice. The court case has implications for many of the island’s 22,000 foreign investors, who are mostly from the UK, said Marian Stokes, the founder of a group that advises homeowners in the region.

The decision revolves around a court case in Nicosia dating from 2005 in which the Orams were ordered to demolish the villa, built on land popular with foreign pensioners, they had bought from Turkish Cypriots and to pay compensation. The Nicosia court recognized Apostolides’ ownership of the land and he took the case to a British appeals court so that the order would be enforced.

The British court sent the case to the EU tribunal for a ruling on the complicated issue of whether or not the decision by the court in Nicosia was applicable in northern Cyprus. Though the Orams argued the property was bought in good faith, they could now face enforcement action through the British courts, as Greek Cyprus is an EU member. According to Mensur Akgün, the head of the Istanbul-based Küresel Siyasal Eğilimler Merkezi, or Center for Global Political Trends, if Turkey does not ensure that such property cases are resolved through a comprehensive plan on the island, the cost of these cases for the country would be "terrifying."

Akgün said if the issue is left to the European Court of Human Rights, the cost of paying compensation in individual cases or to a property commission on the island would be steep. He suggested the only solution is for an internationally supported peace plan, such as the Annan Plan that was rejected by Greek Cypriots in 2004, which could also resolve the property issue.

The total cost of the cases is calculated as being around $40 billion. Akgün said Turkey should focus on taking legal measures against such cases rather than making political reactions. "We need to seek technical solutions that will make the court’s decision meaningless and find a way to push Greek Cypriots into a corner," he said.

Sema Sezer, the Cyprus expert for the Eurasian Strategic Research Center, or ASAM, described the court’s decision as the removal of Turkish Cypriot sovereignty over the northern part of the island. "This case will set a precedent and the cost will be incredible," she said, adding that the case was ignored until it was too late. She blamed Turkish Cypriot President Mehmet Ali Talat and his legal advisors for the decision.

The head of the Chamber of Industry for the north of the island, Ali Çıralı, agreed with Akgün, calling for an alternative solution to deal with cases.