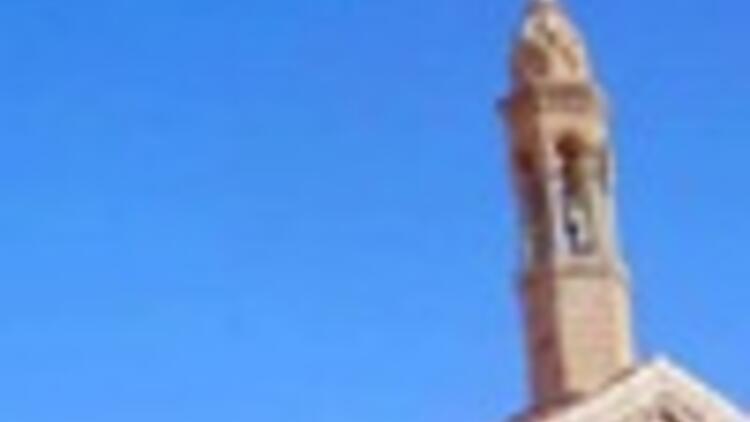 ANKARA -A Midyat court will deliver its verdict today about a land dispute between a 1,600-year-old monastery and locals of a southeastern Anatolian town home to around 3,000 Syriacs.

The ruling is expected to be the final phase of a long-running court process. Yılmaz Kerimo, a Swedish deputy of Syriac origin who has attended the hearings as an observer, hoped that the court would recognize Mor Gabriel monastery's boundaries.

"The monastery is not a property for sale and branding Syriacs as invaders is a disgrace for Turkey," Kerimo told the Hürriyet Daily News & Economic Review.

Local officials of three nearby villages who contest the borders of the monastery argue that the monastery is bigger than any place of worship in the world. Concerned by the redrawn borders following land surveying proceedings in the area, officials from the monastery foundation appealed to the court, and said they were not occupiers, as they had paid tax on the land since 1938.

The court case is being closely followed by the European Union, which is urging the government to provide its ethnic and religious groups with equal rights and freedoms. European politicians occasionally attended the hearings throughout the year and visited Mor Gabriel monastery.

"Such cases are tarnishing Turkey's image in Europe. I hope the court will deliver a fair verdict and the Syriacs, together with Arabs, Kurds and Circassians, will live peacefully and side-by-side," said Kerimo.

Syrians are not officially recognized as a minority in Turkey under the Lausanne Treaty. Midyat's deputy mayor, Metin Kutlu, said the dispute was politically charged, claiming that the ruling Justice and Development Party, or AKP, was siding with locals, while the pro-Kurdish Democratic Society Party, or DTP, was supporting the Syriac thesis.

"There is no gold, silver or oil in the area but lots of oak trees which the villagers want to utilize," he told the Daily News. "I believe the case will be concluded in favor of the Syriacs, who are the owners of the land," he said. AKP Mardin deputy Süleyman Çelebi said: "We are the justified owners of the monastery and the Syriacs are under the protection of the Republic."

Çelebi was accused of supporting the villagers' cause and the statements he made about Syriac migration to Europe sparked controversy. He once claimed Syriacs moved to Europe in the 1980s under their own will, while the Syriacs claimed the court cases aimed to drive them out from Turkey.

The AKP deputy denied the claims he was defending the villagers' rights. "They don't consult with me. Nothing is like it used to be. Villagers are aware of their own rights," he said. Speaking about the Europeans' attention to this case, Çelebi, in a critical tone, said: "Which liberties have we ever constrained? They are enjoying equal rights." He declined to comment on the court verdict, saying that all would respect the decision.