Clinton’s visit to be done ’her way’ 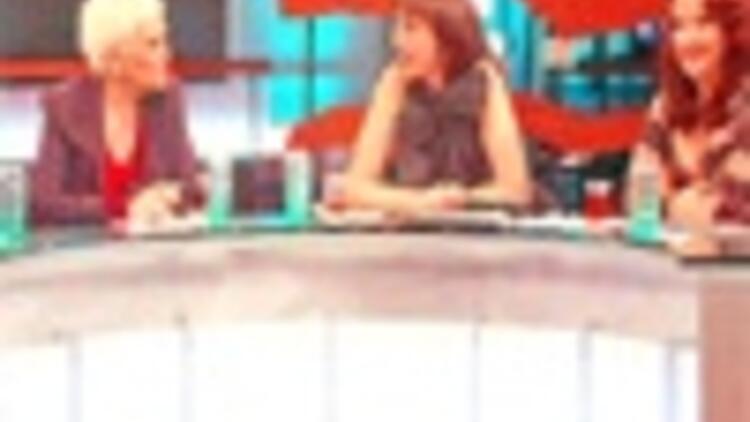 ANKARA - US Secretary of State Hillary Clinton is the next guest on one of Turkey’s most popular talk shows, hosted by four women. The move is seen as an eloquent way of practicing public diplomacy to woo the Turkish public away from its current anti-American stance, rather than trying to reach the public by going through all the diplomatic formalities.

The best way to improve ties between the U.S. and Turkey is to directly appeal to the people through a popular talk show rather than going through all the hassle of diplomatic channels, U.S. Secretary of State Hillary Clinton seems to have decided.

This Saturday, Clinton will appear on a TV show and will face the four women hosts who are known for their proclivity to shock and their daring to ask controversial questions.

Hillary Clinton, in her visit to Turkey this week, is going to be a guest on private news channel NTV’s talk show "Haydi Gel Bizimle Ol," (Come on, be with us). Pınar Kür, a prominent author, Müjde Ar, an actress, Çiğdem Anat, a journalist and Aysun Kayacı, a model, run the program, which has a freer format than a news program and covers a wide range of contemporary issues with guests. Clinton, who is already familiar with Turkey, will try to improve the U.S. image in Turkey, presenting a great example of an old American tradition in diplomacy: "public diplomacy," some experts said.

"This show has an atmosphere where four women come together and discuss issues without any social pressure and without being afraid of patriarchal culture, as feminists call it. Preferring a TV show like that is an emphasis on equality between women and men in Turkey," said Kadri Gürsel, columnist for daily Milliyet. "They are going to talk woman-to-woman and she is going to address millions of people," Hüseyin Bağcı, an international relations professor from Middle East Technical University, or METU. Turkish public opinion has been staunchly opposed to recent U.S. policies.

However the Clinton family, especially Bill Clinton’s term in the White House is fondly remembered and their visit to Turkey after the major earthquake in 1999 left a good impression. "Remember the baby Erkan, both husband and wife, the Clintons will help ameliorate the image of the U.S. in Turkey," Bağcı said. Bill Clinton in his visit to Turkey held a baby called Erkan in Kocaeli, where the Marmara earthquake hit and the baby instantly became famous when he squeezed Bill Clinton’s nose.

Gürsel said she believed Clinton’s choice was a message to the ruling Justice and Development Party, or AKP, about the situation for women in Turkey. "This is an implicit message about woman’s emancipation, about the need for women to stand on their own feet and participate in decision making processes," he said.

Through the show, "Clinton is going to address a greater number of people," İlter Türkmen, a former foreign minister and columnist for the Hürriyet Daily News & Economic Review, said, adding that this was a unique type of public diplomacy. İlter Turan, an academic on international relations at Bilgi University, highlighted the loose format of the show.

"Instead of a news interview, there is a conversational atmosphere. Only one person asks questions in an interview, but here everyone can intervene in the conversation. Clinton becomes natural and a part of the conversation," he said. Clinton’s appearance on a TV show would suggest a new strategy regarding public diplomacy, according to Sabancı University’s international relations professor, Sabri Sayarı.