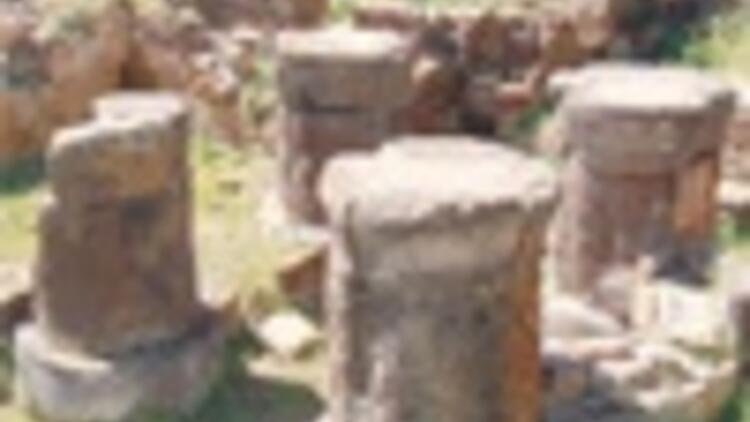 ISTANBUL - Turkey's culture minister calls on Armenia to cooperate in restoring the Ani ruins on the Turkish side of the border, but says that the Nagorno-Karabakh issue must be resolved first.

Turkey and Armenia should cooperate to restore the ancient town of Ani, said Culture Minister Ertugrul Gunay, adding that any such effort would require a resolution of the problems between Azerbaijan and Armenia.

The ministry’s plans for cooperation between the two countries are not limited to restoration work, Gunay told the Hurriyet Daily News & Economic Review. He said he hoped to undertake many joint cultural projects with both and .

The ancient town of was the capital of the between 961 and 1045. Its ruins are situated in the Arpacay region of the northeastern , on the Turkish side of the border between the two countries.

According to Gunay, cultural efforts to establish peace in the Caucasus region cannot be maintained if they ignore . “We cannot treat the people of as if they don’t exist while trying to establish diplomatic relations with ,” he said. “We should never forget that the is still under Armenian occupation.”

Gunay said world-renowned Turkish piano virtuoso Idil Biret would hold a concert in in the next few months as part of her tour. “We have certain sensitivities, but we also are aware that cultural activities can play a key role in resolving political issues,” he said. “This [the concert] is a first step.”

A stone quarry on the Armenian side of the border across from Ani has caused conflict in recent years, with blaming the explosions at the quarry for accelerating the destruction of the ancient town. ’s complaint at the International Council on Monuments and Sites, or ICOMOC, a sub-department of the United Nations Educational, Scientific and Cultural Organization, or UNESCO, resulted in halting blasting activities.

The Turkish government’s practice of calling the town “Anı,” rather than Ani, in order to give it a more Turkish character has also been a source of controversy. When asked about the matter, Gunay implied that it would soon be resolved. “I find changing the original names of historical sites meaningless,” he said. “Such names harm no one.”

The culture minister said the current restoration efforts in Ani would soon turn their focus to the town’s cathedral and that Armenian experts had recently attended a meeting on the project. The World Monuments Fund would support the restoration of the cathedral, he said.

‘Ready to help’ with Diyarbakir church
Gunay added that the ministry was also ready to contribute to the Turkish-Armenian community in Istanbul’s efforts to find the funds to restore the 500-year-old Surp Giragos Church in the southeastern province of Diyarbakir.

But the community fears any application for help would result in the church being restored as a museum rather than a place of worship that would serve the community, as happened with the on the of in the eastern .

Gunay said if the community filed a request, his ministry would be glad to be of assistance, adding, “We have the utmost respect for all beliefs.”