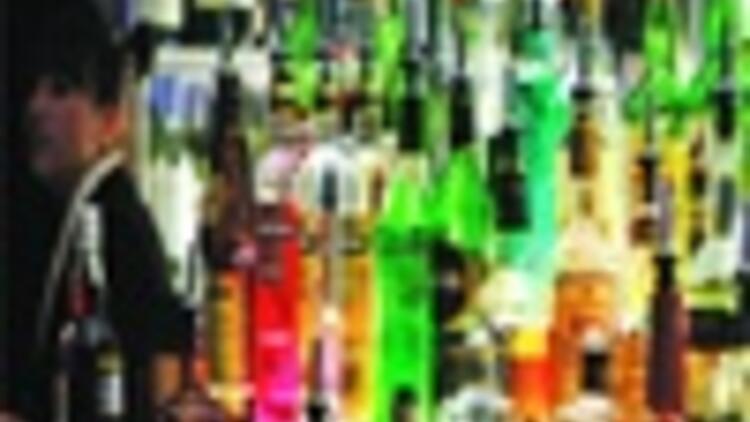 ANKARA - Producers and experts raise their concerns over a possible hidden agenda of the government while changing the regulations on sales of alcohol and tobacco products to put an indirect ban on alcohol consumption in line with the government’s perceived conservatism.

The images showing the popular Turkish duo, rakı and fish or beer and chips under the breathtaking scenery of Bosphorus will soon become a fuzzy memory of Turkey’s past. The tobacco and alcohol regulator’s new arrangement bringing strict restrictions on advertisement of alcoholic beverages has sparked controversy among experts from different disciplines.

Under the recently changed regulation drafted by the state-run Tobacco Products and Alcoholic Beverages Regulatory Board, or TAPDK, that will take effect in July, the alcohol products will not be allowed to be associated with other foods as well as geographical, historical and cultural icons in advertisements. Turkey’s national alcoholic beverage, rakı, for instance, will not be displayed together with its most popular accompaniments cheese or fish. Likewise, beer companies won’t be able to advertise their beers with chips.

"If the aim is to protect health of children and youth, then it is a positive development. However, the move is likely to bear other implications when some of the government’s former implementations [to impose ban on selling alcohol] are taken to into consideration," Zübeyde Kılıç, chairman of the Education Personnel Union, or Eğitim-Sen, told the Hürriyet Daily News & Economic Review. "There should of course be criteria for advertisements that trigger alcohol consumption. But such a move itself remains insufficient and limited unless it is reinforced with a comprehensive education process. It is not a ban but education that is the most influential method."

The move is just part of a lineup of other regulations made earlier this year by the TAPDK that have aimed to bring restrictions to the authorization, sponsorship, sale, production, consumption and advertisement of alcohol products and tobacco. The TAPDK earlier defended its former initiatives, saying it was its duty to protect children and youth against such hazardous habits. The producers and experts from different disciplines, however, raise their concerns over a possible hidden agenda of the government in an effort to put an indirect ban on alcohol consumption or bring as many obstacle as possible to reduce alcohol consumption in the country in line with the ruling government’s conservative ideologies.

The number of businesses selling alcohol in Turkey has likewise decreased by 12.6 percent over the past three years, according to a survey conducted by the Nielsen International Measurement Service. The survey showed the number decreased from 58,649 in 2005 to 51,268 in the first quarter of 2008 and 7,381 locations that earlier sold alcoholic beverages no longer do.

There has also been some media reports that many incidents took place in ruling Justice and Development Party, or AKP, municipalities and that the AKP-run municipalities were reluctant to renew licenses to sell alcohol and businesses selling alcohol faced pressure. Some of the producers told the Daily News that their opinion was not sought in preparation process of the regulation and that they weren’t fully informed of the content. "Instead of restrictive measures, more democratic and informative methods should be applied to raise public awareness on the issue," said a wine producer, wishing to remain anonymous.

Ali Çetin, chairman of Federation of Consumer Associations, or TÜDEF, said youth should of course be protected but the legal arrangements appeared to be in line with the ruling AKP’s ideological tenets. "It seems like a political move against alcohol, as evidenced by the higher taxes put on the domestic alcohol products," Çetin said.

’Should we also ban Orhan Veli?’

"Should we also ban the famed Turkish poet Orhan Veli Kanık whose lines once said ’I wish I were a fish in a rakı bottle," he said. "The public awareness should be raised first and it is education that would do this. Then the things should be left to their natural course." Owners of film companies and theaters, meanwhile, said there are less films for people 18 and older due to their lower proceeds. The audiences also almost always leave the cinema as soon as the film ends. "The advertisements in the movie theaters are the most influential. Under the dimmed light, the audience is entirely involved in what is shown. There is also no chance to change the channel," said İrfan Demirkol, owner of Ankara-based Denk Ajans.
False