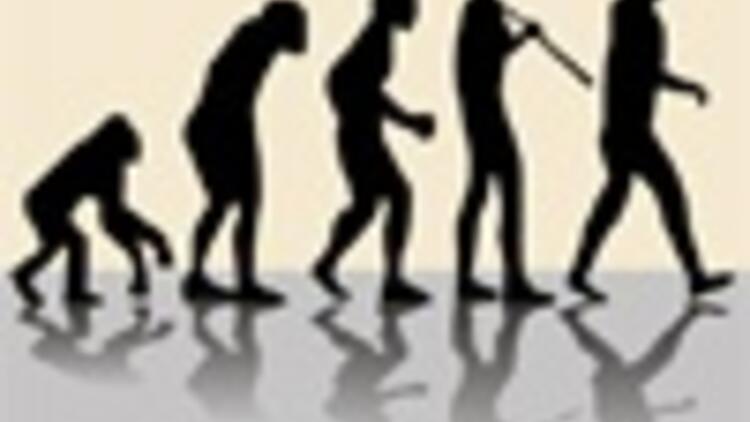 ISTANBUL - This year marks 150 years since the birth of evolution. While Charles Darwin’s original theory has since been strengthened, a reactionary movement has been spreading globally, due in part to a political atmosphere in Turkey that has been conducive to its creation and growth

It has been two centuries since the birth of Charles Darwin, the father of the theory of evolution, and 150 years since he published "On the Origin of Species," changing how humanity viewed nature, science and itself forever. But today there is a growing worldwide movement to oppose Darwin’s theory Ğ and it is centered in Turkey.

Adnan Oktar, also known by his pen name Harun Yahya, is the leader of a devoted creationist and anti-Darwinist group Ğ what some call a powerful cult. Though based in Turkey, he has been working for more than a decade to spread his message around the globe. He presides over dozens of Web sites where his books and pamphlets on the "fallacy of evolution," the virtues of Islam and Jesus’s return can be read or downloaded in 43 languages. His full-page ads condemning the theory of evolution appear regularly not only in Turkish newspapers, but also in prestigious international magazines such as Time.

Oktar’s followers call him as "Adnan Hoca," and he has two foundations, both aiming to discredit the theory of evolution around the world. The Milli Değerleri Koruma Vakfı (Foundation to Protect National Values) works domestically on a variety of "moral issues," while the creationism-focused Science Research Foundation (Bilim Araştırma Vakfı, or BAV) also has operations throughout the world and has organized more than 3,000 anti-evolution conferences, from the University of Oxford, in Cambridge, to Tokyo to Tel Aviv.

While many of his creationist counterparts in the West have promoted their ideas as an alternate scientific theory they’ve dubbed "intelligent design," Oktar has moved further into metaphysical idealism. He believes that we live in "a world of perceptions," or of dreams, in which we can only "interact with copy images" and not matter itself, a philosophy echoing metaphysicians such as Bishop George Berkeley.

Oktar’s more than 200 books are distributed in some 150 countries.

His six-kilogram "Atlas of Creation" was sent for free to academics all over the world.

Oktar did not accept a face-to-face interview with Hürriyet Daily News & Economic Review, but answered questions by e-mail. The BAV translated his answers into English before sending them to this reporter.

What everyone wonders is where the money for this global anti-evolution campaign comes from. Referring to a previous interview, Oktar said the funding comes from "the sales of hard copies of his books," claiming that 8 million copies of his books were sold in Turkey and 2 million abroad just in 2007. In 2008, sales have doubled, he claimed. His publishing house, Global Publishing, "uses part of the income for distribution," he added. BAV, frequently accused of "brainwashing" its initiates, is also secretive about the source of its wealth. Seda Aral, an official from BAV, said that the foundation did not get any donations from Muslim or Christian creationist groups.

The reason the crusade against evolution is centered in Turkey is the "virtue of the Turkish nation," Oktar said. "The Turkish nation is devoted to national and spiritual values. It has never really taken Darwinism seriously."

"Evolution has come to an end in Turkey over the last 30 years," he added. "Of course, the instruments in this, by Allah’s leave, have been the ... books I have written, the more than 2,000 conferences ... in many [Turkish] towns and provinces, scientific exhibitions and other meetings. The public has seen that Darwinism is the worst fraud in the history of science."

The belief in evolution is indeed lower in Turkey compared to Western European countries, as it is in the United States. Among 34 Western countries surveyed, the U.S. ranked 33rd, just above Turkey, in rates of those believing in evolution, according to a survey published by National Geographic in 2006.

The influence of conservative political leaders in Turkey, including the current Justice and Development Party, or AKP, government, in discrediting of the theory of evolution cannot be underestimated, academics said. With the 200th birthday of Darwin being commemorated, the tension is rising among Turkish scientists as they confront creationism by organizing conferences under the title "Darwin 2009."

"Creationism entered biology textbooks in high schools in 1985, after a cooperation between the creationist movement in the U.S. and the Turkish Education Ministry," said Aykut Kence, a professor of biology at Ankara’s Middle East Technical University, or METU. "Turkey is the only secular state in the world that has creationism in its science textbooks."

Kence said the official approach in Turkey forced students to choose between evolution and creation, and that the result was harmful to both religion and science. "Later, in 2003 and 2004, the subject of evolution was completely cut off from science textbooks and was replaced by Islamic leaders’ views on the issue," he said.

Kence hesitated to comment on the Oktar movement, since BAV has sued him twice and one of those cases is ongoing. Kence is not the first person to have been sued by Oktar. The anti-evolution leader succeeded in having the British scientist Richard Dawkins' Web site banned in Turkey by a court order.

Aslıhan Tolun, a professor of molecular biology at Istanbul’s Boğaziçi University, said creationism should be removed from textbooks.

Turkey’s central position in the creationist movement owes much to the post-coup government of the late Turgut Özal, said Kenan Ateş, an academic with Sabancı University’s Biological Sciences and Bioengineering Program.

"The ’Acts and Facts’ magazine published by the Institute for Creation Research, or ICR, revealed that Vehbi Dinçerler, Turkey’s education minister in 1985, asked the ICR to help them expand creationism in Turkey," Ateş told the Daily News.