ISTANBUL-One word: Approachable. US President Barack Obama speaks with Turkish university students and answers their questions in an intimate town hall-style meeting during his second day in Istanbul. ’This attitude is something a Turk is not used to,’ one student says

His highly motivational speeches, heartfelt peace messages and ethnic minority background aside, the reason Barack Obama is popular lies in the fact that he is, or at least appears, very approachable.

Answering questions from Turkish university students at the historic Tophane-i Amire Hall in Istanbul at a session titled "Live and Online Discussion with President Obama" yesterday, Obama did nothing but solidify that image. At the end of the session, Obama took time to shake hands with the majority of the students, a scene a million miles from the previous U.S. president's visit to Turkey. A few seconds before George W. Bush was shaking hands with the guests at the Galatasaray University in June 2004, his bodyguards were checking their palms for weapons.

Obama was not only different than Bush, but also different from most politicians the students knew. "This attitude is not something a Turk is used to," said Denizcan Demirkılıç, who studies law at the Bahçeşehir University. "How many of the students in this hall ever got to sit this close to a politician? You can stand 30 or 40 centimeters from the president of one of the greatest countries of the world, you ask him questions and shake hands with him. Our politicians have a lot to learn from that."

Demirkılıç was one of the 99 students who were selected for the session, mainly due to their previous participation in programs at U.S.-related institutions or had spent a year in the United States on exchange programs. Most of the students were informed about the possibility of a conference a few weeks ago and last week received calls confirming their attendance. There was no further preparation for them, and as one of Obama's assistants announced prior to the Q&A session, there were "no rules and no restrictions" on what they could ask, as affirmed by students afterward.

Ece Başaran from the Bahçeşehir University was in the United States during Obama's presidential election campaign. Başaran said she was impressed by the president's honesty. "He is very charismatic and honest," she said. "I was in America during the campaign, and he continues to say what he was saying then. There is not a change in his stance. He knows how to touch critical points, but he does it in a certain way that he doesn't hurt you."

Yes, Obama touched some critical points while addressing the students, and the conflict between Israel and Palestine was one of them. "In the Muslim world, the notion that somehow everything is the fault of the Israelis lacks balance because there are two sides to every question," Obama said.

The president sent a similar message to Israel, saying, "You have to see from the perspective of the Palestinians."

Another important concern of the students was Turkey's bid for EU membership. One student reminded Obama of his remarks supporting Turkey's inclusion in the union and French President Nicolas Sarkozy's stance, saying, "It's our decision to make." Obama gently handled the issue.

"First of all, it's true, the U.S. is not a member of the EU, but that doesn't prevent me from having an opinion. I know the EU had a lot of thoughts about the U.S. for a long time, and they weren't shy giving suggestions about what we should be doing," Obama said, smiling. "That's what friends do."

"We're honest about what we think is the right approach, and I think the right approach is to have Turkey in the European Union. If Turkey can be a member of NATO and send its troops to protect its allies, well, I don't know why it should also not be able to sell apricots to Europe or have freedom to just travel." Obama said Turkey's inclusion in the union would be good for "sending the message that Europe is not monolithic." "Diversity É is a source of strength, not weakness," Obama said. "My hope is as time goes on, [Turkey's inclusion] is something that occurs."

Obama was also asked about his attitude toward another fragile issue, the Kurdish region in northern Iraq.

"We are very clear about our position on the territorial integrity of Turkey, and we would be opposed to anything that would start cutting off parts of Turkey," he said. "But I also think that it is important the Kurdish minority inside Turkey is free to advance in the society, have equal opportunity and have equal political expression." Barack Obama's presidential campaign was built on the term "change," but some remained skeptical as to whether he was different only on the surface. A student asked whether, despite his different face than Bush, he would really follow different policies and make a difference.

"This will be tested in time," said Obama, playing down the dreams that he is a super hero who would change everything immediately. "I said before, moving in the state ship is a slow process. States are like big tankers; they are not speedboats. They move and move and eventually they are in a different place." He may not have the power to change the world overnight, but Obama proved that he could overturn the American image in Turkish minds in a very short time. At the beginning of the Q&A, he even requested that the session end before the midday call to prayer. Karadeniz Technical University student Abdülmecit Ergün was positive about Obama's attitude. "It was very sympathetic of him to answer our questions," he said. But there are a lot of people yet to be convinced. "Obama focused on the word 'change' a lot, and many of my friends say they want to believe Obama can change something," said Hüseyin Gücümen from Mersin University. "Now we want to see if he will make it."

If nothing else, Obama seemed to abandon the image of an untouchable U.S. president and renewed it with one that takes time to listen people. But just for a few days, do not try to tell that to a taxi driver in Istanbul who has been driven crazy by all the blocked roads.
Haberle ilgili daha fazlası: 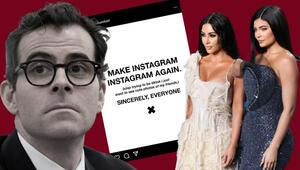 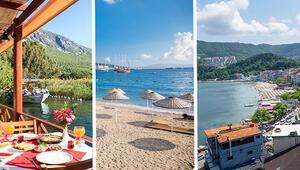 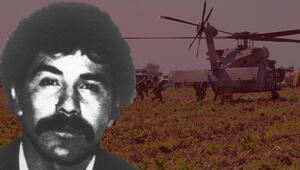