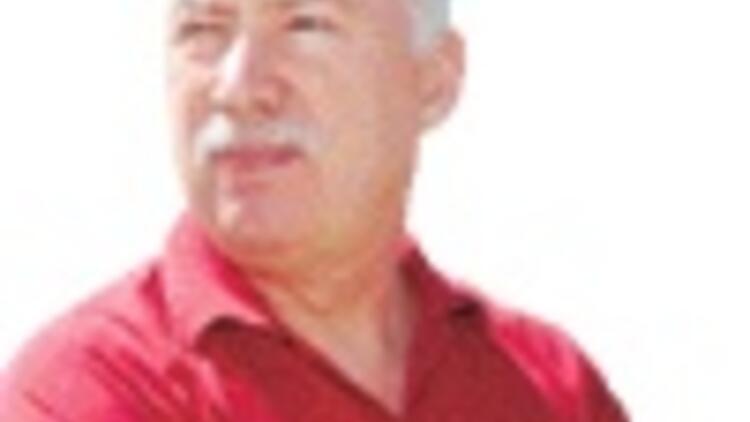 ISTANBUL - British historian Philip Mansel brings images of Istanbul's Ottoman splendor to life in his books. Now researching the Middle East's Levantine cities, Beirut, Alexandria and İzmir, he is interested in how these cities functioned where different people such as Muslims, Christians and Jews lived together despite periodic violence

Renowned British historian Philip Mansel finds history in every picture and activity of Istanbul. At a Cihangir caf, not far from the flat where he spends half of the year, Mansel peruses one of the books that has earned him the respect of his colleagues as an expert on the life of the Ottoman courts.

The impressive volume on Ottoman history, "Constantinople: City of the World's Desire 1453-1924" was the product of five years of research and has now been translated into many languages including Turkish. Although its 26-page source and bibliography list is deep and wide enough to impress history geeks, he stops at a photo of one of Fausto Zonaro’s paintings of a dervish ceremony painted in 1900.

"Pictures are very good documents," he says. "A reproduction of that picture I’ve actually seen in Sufi lodges in Istanbul. So this is not an alien view. It’s incorporated in their own view of themselves." Both in his book "Constantinople", published in 2005, and in "Sultans in Splendour", his first visual historical work published in 1988, he shows the interplay of influences: Muslim, Turkish, Persian, Arabic, French, Russian and Balkan, in the city and in the courts.

The city continues to be the meeting place of peoples he says. "What I love is the Istanbul tram; trying to work out where people have come from, the variety of faces," he says.

When he asks people where they are from, they mention ancestors from Budapest or the Caucasus, Kastamonu, Egypt and so forth, he says. "So, it was a pre-global global society," he says of its Ottoman past, and "it’s been coming back more to what it used to be: a great international city and it is of course a great Turkish and Anatolian city. You only have to go to Kapalı Çarşı and see the Russians shopping for jeans and cheap clothes."

One of the image collections Mansel used to set the scene of "Constantinople" is located in Sweden at the Celsing Manor. Brothers Gustave and Ulric Celsing who served as Swedish ambassadors in Istanbul between 1747 and 1779 brought over 80 works back to their homeland providing invaluable visual documentation of the Ottoman world during the 18th century.

"For a lot of European ambassadors what was more interesting for them than the wars and treaties was the cultural patronage the encouragement they gave to painters and writers," he says. Another collection is bound in an 18th century book held in Paris with pictures of life on the Bosphorus and in the courts. But most importantly, he said, what impressed him was the home of Fausto Zonaro’s daughter in Florence, which "was like a time capsule" full of hundreds of pictures of the people and places of the time.

The author admits that what inspired him to enter the profession was his love for lurid details. "I like stories of kings and murders and love affairs," he says with a chuckle. "I try to understand the emotional underpinnings of great public events; the interaction of individuals and politics."

The writer of the lives of imperials and courts in Europe and the Middle East makes his home between London and Istanbul where he has been researching his forthcoming book on Levantine cities of the Middle East. It will be his 12th book.

His research revolves on how Alexandria, Beirut and İzmir functioned as cities where different people such as Muslims, Christians and Jews lived together despite periodic violence. "The question is [do they serve as] a model for tomorrow’s cities of people living together in New York, London, Paris and Istanbul?" he says.

A historian in Istanbul

Mansel said he it was both European and non-European that first attracted him to Istanbul during his first visit in 1969. "I love the variety which in some ways is growing. It’s becoming more Islamic and more international simultaneously."

"I’m lucky enough to have a wonderful Bosphorus view and I work mainly on my computer in my flat and walk around to get some exercise," says Mansel of his life as a historian in Istanbul. "I’m never going to run out of work, I don’t think so, no," he says. "I hope not."

City of splendor and refuge

Well versed in the history of European monarchies and especially the French and Ottoman courts, Mansel maintains the curiosity of a child for the city that became one of the world’s great centers of diplomacy.

"It is very much an imperial capital with the mosques and palaces built by the sultans dominating the center of the city," he says of Istanbul. Mansel explains that the Ottoman Empire was always part of European politics, especially since the 16th century. His work examines how nations interacted through trade and diplomacy.

In Constantinople, Mansel stresses how Istanbul was shaped by French education and culture and its effect on the Arab world. His book ends with the scene of the last Caliph of the Empire leaving in 1924 and meeting the Jewish station master of the Orient Express, who thanks him for giving Jews refuge.