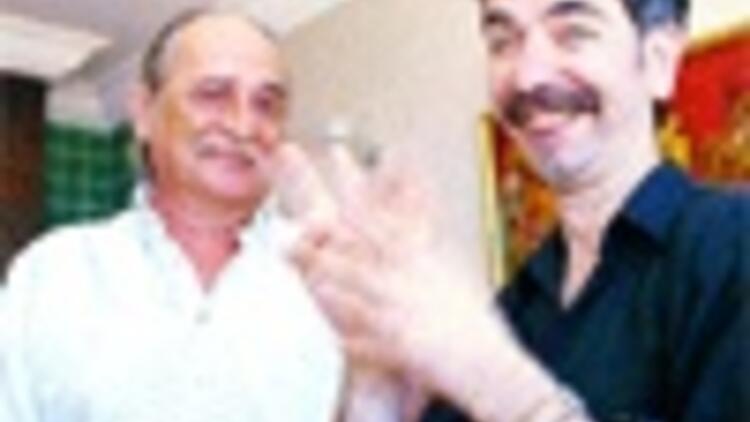 ISTANBUL - Turkey’s Levent Beşkardeş is a well-known hearing and speaking impaired artist in Europe. Although best known for his theater art, he is an interdisciplinary artist in the international arena. He is successful as a poet, actor, director and pantomime artist.

Levent Beşkardeş was born with a speaking and hearing disability and is known as a "silent artist." He is against the expression "hearing impaired," just as he is against people whose speech is bad being called "speaking impaired." He prefers to be called a deaf mute.

Beşkardeş always dreamed of becoming a painter when he was a child. Then life introduced him to cinema and theater in 1981 in Paris. Having made successful short film projects, Beşkardeş’s play "Hanna," which he staged in 1994 and was deemed very successful by famous director Peter Brook, won the Best Play and the Best Director Award from the French Sign Language Academy.

Just like painting, Beşkardeş was also a fan of cinema in his childhood. He used to watch the same films over and over again. He was also interested in many fields of art, including dance, costume designing, makeup and natural painting. One day he saw a famous Italian actress in his dream and she presented him with an Oscar award.

Beşkardeş has lived in Paris since 1981 when he followed his dreams to the French capital. "The biggest advantage of life here is that I can be very productive with new plays, documentaries, cartoons and films. For example, you can’t imagine a deaf and mute player performing Karagöz Shadow Theater on the opera stage. But many French intellectuals study everything that we call "impossible" in theater, cinema, music and dance, and that opens all the doors to the deaf and mute to be successful in these fields. That is why the word "impossible" is nothing in my artistic life. If Turkey gives us the opportunity, we can succeed in many things with other deaf mute artists."

World famous Turkish cartoonist Oğuz Aral, who died in 2004, is one of the most significant names in Beşkardeş’s life. He learned painting and the art of pantomime from him. "We used to understand each other through sign language and pantomime. He never complained about it," he said. "Now there are no people like him, or are there?"

Vitali Hakko, one of the leading names in Turkish fashion and the founder of famous Turkish brand Vakko, is another name that influenced Beşkardeş’s life. He employed Beşkardeş regardless of his being deaf mute. He worked for Vakko as a showcase designer for 12 years and was always appreciated. Actually, Hakko asked him to become a director but he chose to leave for Paris.

He said audiences did not believe that he was deaf and mute at first but then they tried to understand and perceive his silent world. One of the performances that influenced Beşkardeş most was one that they played with three guitarists, seven hearing impaired people and a hearing and speaking impaired person. He said he enjoyed performing famous compositions using sign language.

His latest project is "Sevdaı Bulut" (Cloud in Love). The play will be staged as a theater-circus and he is working on its costumes now. The Amsterdam Handtheater Group will also perform in the play. He wishes the deaf mute actress İpek Mehlum Dedeoğlu, who lives in Norway, would take part in the play.