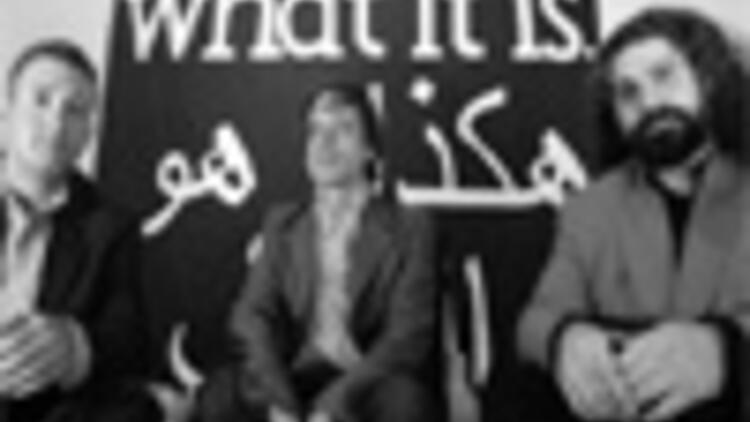 NEWYORK - Meant to be politically neutral, the unscripted project named 'It Is What It Is: Conversations About Iraq' by British artist Jeremy Deller, is currently at the New Museum in New York.

The rusty, crumpled, metal shell sits in a large room, thousands of miles from a popular Iraqi book market where the car was destroyed in a suicide bomb attack that killed 38 people in 2007. The car, a raw reminder of the six-year Iraqi conflict, is the only object in a new show whose goal is to get people talking about Iraq.

Meant to be politically neutral, the unscripted project, "It Is What It Is: Conversations About Iraq," opened last week at the New Museum. It was conceived by British artist Jeremy Deller, who is acclaimed for his collaborative projects.

Deller has arranged a cozy cluster of couches in the center of the vast gallery Ğ the kind of space that invites conversation. The car, which he variously describes as a metaphor for a corpse or a piece of evidence, lies off to the right.

It is the touchstone of the project, a visual aid for sparking conversation among the public and a rotating cast of Iraqi refugees, soldiers, journalists and other experts offering their perspectives on Iraq and the war.

Among them are Donny George Youkhanna, who was director of the Iraqi National Museum before he was forced to flee because as a Christian, a religious minority in Iraq, his life was in danger. Now a visiting professor at the State University of New York at Stony Brook, Long Island, he is one of 35 expert residents participating in the six-week exhibition.

A term used by military
Deller launched the project because "short of going to Iraq itself, there is no substitute for meeting someone who has actually lived there or been there," he said. The 42-year-old artist won Britain's Turner Prize in 2004 for "Memory Bucket," a documentary on former President George W. Bush's hometown of Crawford, Texas, and the siege on the Branch Davidian compound in nearby Waco.

"It Is What It Is" Ğ a term often used by the military to rationalize casualties Ğ is a two-pronged project created in collaboration with the Hammer Museum in Los Angeles, the Museum of Contemporary Art in Chicago and Creative Times, a New York City arts organization.

After closing in New York on March 25, Deller and two of the residents and a curator will board an RV for a cross-country trip to California, the destroyed car in tow. They will stop in at least 10 major cities, pulling up at community centers, Army bases, veteran’s organizations and random sites such as truck stops.

On April 17, they will arrive at the Hammer Museum, where the project will remain until May 31. In early October, it will move to Chicago.

Oldest culture in the world
Jonathan Harvey, 31, a psychological warfare specialist for the U.S. Army who spent 10 months in northwest Baghdad in 2007, is one of the two residents making the trip and hopes to deepen the Iraqi understanding beyond the headlines.

Esam Pasha, a 32-year-old Iraqi artist who now lives in New London, Connecticut, is also going on the trip. He wants to focus on Iraq's rich heritage, art and culture.

Americans "all know that Iraq has the oldest culture in the world, the first written word, but that's about it," Pasha said. He was a frequent visitor to the famed Mutanabi Street book market Ğ a thriving gathering place for Iraq's intellectuals and artists Ğ where the car in the exhibition was destroyed.

While violence in Baghdad is noticeably down today, another of the experts, Nour Al-Khal, hopes to convey through her own experience the fear and destruction that has consumed the lives of Iraqis until recently.

Al-Khal was working as a translator for British and American journalists when she and a freelance reporter, Steven Vincent, were kidnapped, beaten, interrogated and shot by a death squad in Basra in 2005. Vincent did not survive.

"I want them to hear my story. I want to show them we're real, not something in their imagination," said Al-Khal, who now lives in New York City. "People need to see us face to face to see the problem."