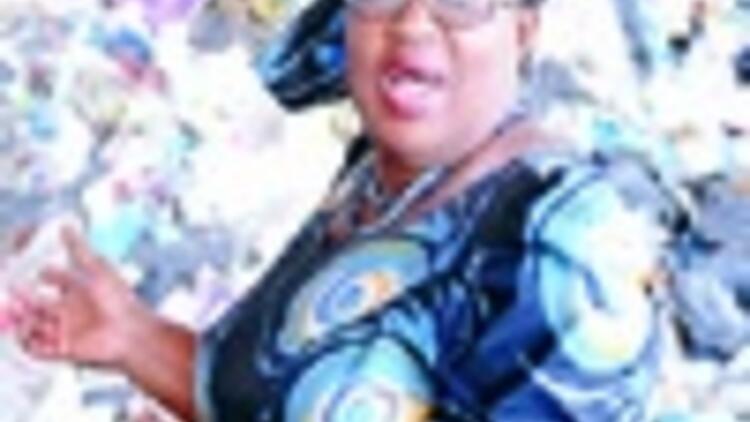 ANKARA - The notoriously foul Mamak landfill is now the source of heat and energy for greenhouses outside Ankara thanks to aid from the World Bank and a garbage-recycling station. If Turkey can focus on alternative energy sources, it could create more jobs, says a World Bank deputy chief.

A high-level official from the World Bank has heaped praise on the transformation of a giant landfill into a source of alternative energy for heating greenhouses on the outskirts of Ankara.

On an official visit to the capital, the Mamak landfill gas station was one of the spots World Bank Deputy President Ngozi Okonjo-Iweala visited. The landfill used to be an embarrassment for residents because it sits next to highways that link to the airport and subjected passersby to a terrible smell.

"You have Turkish engineers recycling waste via machines they designed themselves. [The World Bank] provided $8 million for this project and look what is happening. This is fabulous," said Okonjo-Iweala, who visited the Mamak landfill on Saturday because it had been chosen as the World Bank’s best environmental project.

"All the garbage from Ankara comes here to be sorted and then becomes gas and compost. In turn, the heat is brought here to grow tomatoes," said Okonjo-Iweala, who was offered tomatoes grown in the greenhouses heated by the station’s energy. Okonjo-Iweala said the station project takes care of the garbage problem and also creates jobs. Fifty people are employed here, and the greenhouse gases are also reduced, she said.

Okonjo-Iweala became emotional when she saw the tomatoes in the greenhouse because she said they remind her of her father, who she said wanted everything in nature to be used until the end and then be recycled.

When asked of a possible energy crisis that Turkey might face after the global financial crisis, Okonjo-Iweala said the Mamak project was an example of how Turkey should focus on alternative energy sources. Turkey should look for more ways to harmonize energy resources like wind, sun and solid waste, she said, adding that this could also create employment for young people.

Okonjo-Iweala also met with Finance Minister Ali Babacan during her visit. The meeting lasted an hour longer than planned as Okonjo-Iweala and Babacan talked about vocational and technical training and whether to employ these people or support them in starting their own businesses.

"The government is very concerned and working on employment," she said.

"So, we talked about how we can work, how we can support the government to take care of the problem of unemployment," said Okonjo-Iweala.

Another issue that the deputy president and Babacan discussed was the conditional cash transfer issue to encourage schooling. "Conditional cash transfers are working very well, and they are also supported by the World Bank," she said. "We talked about how can we expand this program because it helps young Turkish girls and women for the future. If they are trained, then they have skills and they can also be good citizens and good employees and good entrepreneurs. I care very much about the girls and woman and so do Mr. Babacan and the government."