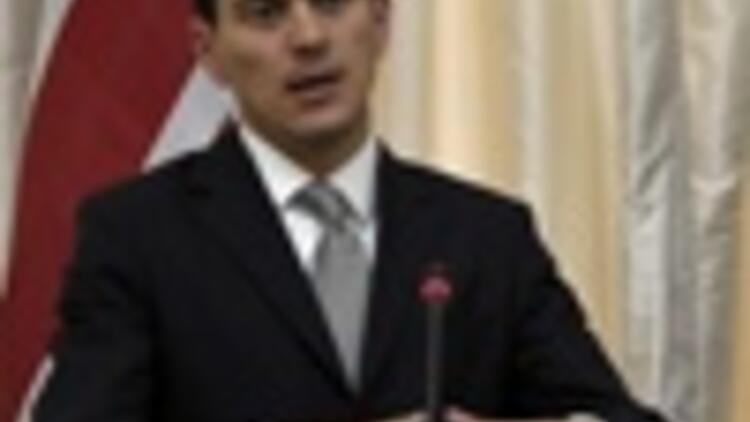 " is more convinced than it has ever been that the strategic decision to support 's accession to the European Union is the right one," Miliband, who is currently in on an official visit, told Reuters.

"It is good for Europe as well as for ," he added.

began EU membership negotiations in 2005, but progress has since largely ground to a halt because of strong opposition in some member countries like , and , and disagreements over the divided .

German Chancellor Angela Merkel and French President Nicolas Sarkozy earlier this month reiterated their opposition to joining the EU. The pair insisted that the 27-member bloc offer a "privileged partnership" instead, a move analysts described as an indicator of short-time calculations to achieve political advantage ahead of the European Parliament elections set for next month.

Miliband said the bloc should adopt a more "open outlook" and embrace the long-term benefits of 's membership provided it meets all entry criteria.

" is a particular place that would benefit 's energy future. That would not have been given the priority and prominence it deserves five years ago," he said.

Opening the doors of the EU to would be a "significant bridge to the Islamic world", Miliband said.

" has a combination of a Muslim majority population and a proud democratic heritage. I think you can balance those things," he added.

REFORM
Miliband, however, said needed to speed up its EU reforms. "Everyone wants to see making strides towards reforms," he said.

"But equally we want to see a European Union that has got the right orientation and outlook, an open EU, that is something we have to work on specially at a time of economic downturn."

"There have been significant changes if you look at the last 30 years. I think there is a new being built. I think that the direction is clear," he said.

Miliband said another strong selling point of 's EU entry is its vibrant market economy. Economic activity is seen contracting by five percent this year due to the effects of the global economic crisis, compared to average growth of 7 percent between 2002 and 2007. The economy is expected to expand in 2010.

" will bring significant economic dynamism into the bloc. I think the debate of the Turkish economy will change in the next few years," he said.

Miliband, who arrived Tuesday in the Turkish capital of to hold talks focused on the country's European Union membership bid, met with Chief Negotiator for EU talks Egemen Bagis.