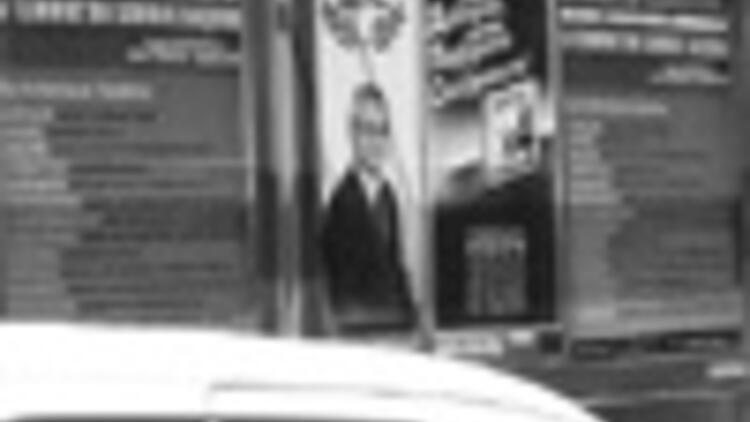 ISTANBUL - Amid concerns over a right-wing victory in Bulgarian elections, Bulgarian citizens of Turkish origin are encouraged to cast their votes for the Turkish minority Rights and Freedoms Party, or MRF. The elections’ outcome may become more critical this year, says a MRF official in Turkey

The center-right opposition is poised to defeat the ruling Socialist Party in Bulgaria’s general elections on Sunday. But the Rights and Freedoms Party, or MRF, which is largely supported by ethnic Turks, has stepped up its campaign in Turkey to encourage Turks with dual nationality to participate in the elections.

Billboards calling Bulgarian citizens of Turkish origin to go to the ballot boxes on Sunday in big cities like Istanbul, Ankara, Bursa and İzmir, has brought Bulgaria’s election atmosphere to Turkey. The billboards were prepared in both Bulgarian and Turkish by MRF’s representation in Turkey. It is the first time that the party launched a billboard campaign in Turkey for Bulgarian polls.

Ten percent of the Bulgarian population is ethnically Turkish, and there are approximately 120,000 Turks in Turkey who are potential voters in Bulgarian elections. Enver Hatipoğlu, a MRF representative in Turkey, told Hürriyet Daily News & Economic Review that they are trying to reach all the Turks who have the right to vote in Bulgarian elections through the billboards.

"We are using these billboards in Bursa and Istanbul, because people live in very separate places and we want all of them to go to the polls, as this year the election outcome may become more critical," Hatipoğlu said.

Opinion polls suggest three out of four Bulgarians want Sergei Stanishev's corruption-tainted government out, in which the MRF is part of the coalition. His main opponent, Sofia Mayor Boiko Borisov is expected to win 28 to 32 percent of the votes, ahead of PM’s with 17 to 22 percent. According to Gözde Kılıçyaşün, a Balkan expert from the Turkish Center for International Relations and Strategic Analysis, or Türksam, the elections are critical both for Europe and for the Turkish minority living in Bulgaria.

"The rise of racism will be reflected in this election," Kılıçyaşün said. "ATAKA, with a racist propaganda, won 8 percent of the votes in the last elections and probably will get that many votes in this election. Also, center-right and nationalist party GERB will probably win the elections, which will not be a good outcome for the Turkish minority," she said. According to Kılıçyaşün, the Turkish minority party MRF calls people to vote in order to increase its seats in parliament.

The MRF had 34 seats in the 2005 general elections and six of those deputies were not ethnic Turks. The party avoids trying to portray itself as a minority party. Although the MRF is criticized in Bulgaria by the Turkish minority for not working enough for them, experts believe that the party will still get the votes of ethnic Turks.

İsmet Topaloğlu, a columnist of Balkangunlugu.com Web-based newspaper, said that even the party leader, Ahmet Doğan, has become unreachable to ordinary people. He said the votes of ethnic Turks should not be taken for granted as the gap between the politicians and the Turks in Bulgaria is getting bigger. However, since the support for nationalistic parties increases in Bulgaria, Turks living in Turkey and Europe are more likely to participate in this election, said Topaloğlu, who is in İzmir.