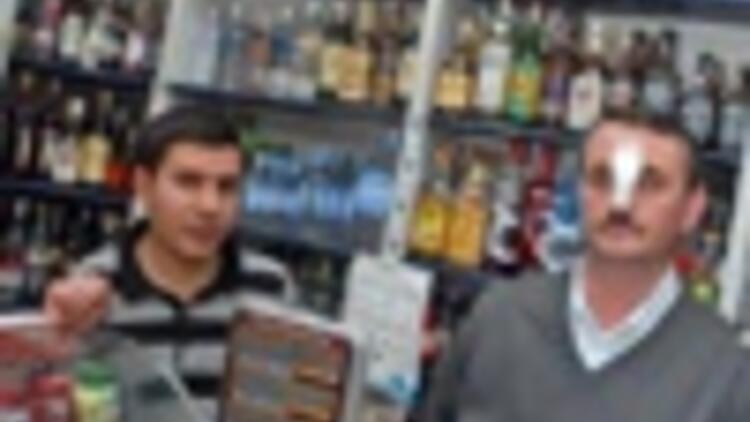 A store owner in a wealthy district of the capital of Ankara said he was beaten by three people over the weekend for selling alcohol during the holy month of Ramadan, weeks after municipality-led violence against vendors in Ankara's conservative Kecioren district.

“I have been living in Cankaya for 35 years and have run this market for nearly eight years. It is the first time that I have come across such an incident,” the store owner Muslum Goksu told reporters on Monday.

The three attackers smashed bottles of alcoholic beverages about the store and beat Goksu breaking his nose, for selling alcohol during Ramadan, in the assault that took place just 300 meters from a local police station, the Turkish Daily News (TDN) reported.

In August, the owner of a street buffet was beaten by municipal police in the Kecioren district of Ankara for refusing to discontinue the sale of alcohol despite threats from officials.

Goksu filed a complaint against the attackers, identifying one as a regular customer.

Security footage of the assault, which runs for one minute and 46 seconds, shows the three attacking Goksu and his assistant, with one threatening the shop owner with a knife and others throwing bottles of alcohol at them, the newspaper added.

Goksu said the group also yelled at and threatened youths in the street who had purchased alcohol from the store.

“All these events imposed psychological pressure on us,” he told the newspaper, adding he now fears possible future pressure from state officials.

“Maybe not directly, but it is likely that we may face indirect pressure in the future from the government in this respect. They can create a financial problem or another obstacle. The relatives of one, who is a regular customer, also have close relations with top officials of the government.”

"These sorts of incidents would not occur if the prime minister took a line against the beating incident in Kecioren," Yilmaz Ates, who visited Goksu, was quoted by ANKA News Agency as saying.