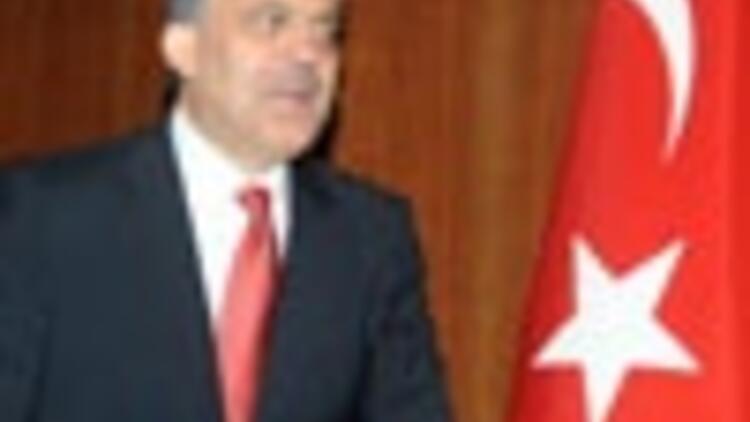 Turkish President Abdullah Gul said on Saturday that he was deeply saddened by Israel's attack on Gaza Strip and that the attack was an act of irresponsibility.

Responding to questions on 's air strikes to , Gul said, "I feel sad over it. I condemn the attack."

"It is not only between and . The incident can cause instability in the region," Gul said.

Gul had warned Israeli Prime Minister Ehud Olmert during a meeting last Monday in that the situation in could escalate tension.

Foreign Minister Ali Babacan had a phone conversation with Ekmeleddin Ihsanoglu, secretary general of the Organization of Islamic Conference (OIC), and told him that OIC should convene at an extraordinary session to discuss the developments in the , Burak Ozugergin, the spokesman of the Ministry of Foreign Affairs, told Anatolian Agency.

Ozugergin said Ihsanoglu welcomed Babacan's suggestion and told Babacan that he would begin to take the necessary steps to hold such a meeting.

Prime Minister Tayyip Erdogan also strongly reacted to the Israeli attack on . "I was thinking of calling Olmert (Israeli Premier Ehud Olmert) in regard to Israeli-Syrian talks, but I decided not to call him (due to Israel's air strikes to Gaza)," he said on Saturday.

Erdogan called U.N. Secretary General Ban Ki-moon and told him that efforts should be launched to halt Israeli attack on .

"The attack was also disrespect for us. is a democratic and secular country and social state of law. We have been exerting great efforts to restore peace," he was quoted by Anatolian Agency.

A statement released by the Turkish Foreign Ministry on Saturday condemned the strikes and also called for the lifting of the Israeli siege on in order to secure an uninterrupted flow of the humanitarian aid to the region.

"We strongly condemn the death of many Palestinians as result of 's attack on . We are calling for restraint and an immediate halt of the Israeli operation," the statement said.

"We are inviting the international community not to remain indifferent to this tragedy and extend a helping hand to ," the statement said.