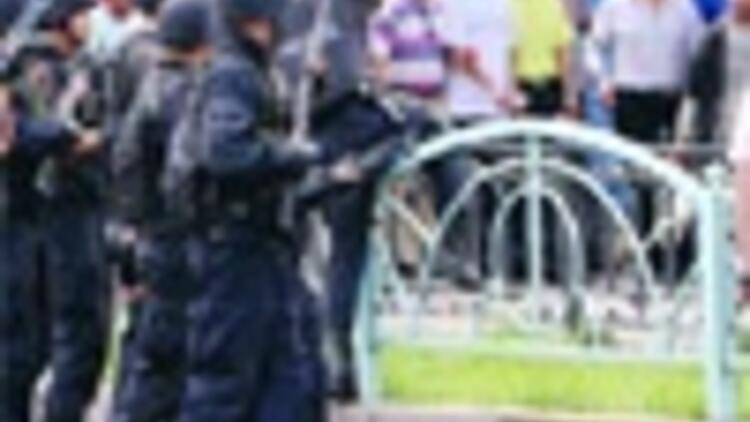 ANKARA - The Turkish prime minister has increased his already vocal criticism against China over the weeklong unrest in the Xinjiang Uigher Autonomous Region, which has claimed the lives of hundreds of ethnic Uighur Turks, describing the incidents as "almost genocide."

"On the one hand, we will talk about universal human rights, and on the other hand, we will just watch such incidents. It’s incredible," Prime Minister Recep Tayyip Erdoğan told reporters Friday during a press conference he held in L’aquila, Italy, following G-8 meetings.

"I expressed my views [about the incidents] to the head of the states and prime ministers during my meetings here. I already used the word ’atrocity’ [while describing the incidents in China]. I am behind my words," Erdoğan said, adding, "Well, I don’t think any other word could better describe such incidents, which are almost genocide, where hundreds of people were killed and more than 1,000 people were injured."

PMalso stated that as a nonpermanent member of the United Nations Security Council, Turkey was still considering bringing the issue to the council’s agenda even though China is a permanent member and the decision would require Chinese approval.

Beijing has already said that the matter is an internal affair and there is no cause to take it to the U.N. Security Council. "As a great country, China has to find and penalize the perpetrators of this massacre and these killings," President Abdullah Gül told reporters Friday. "Turkey is following the incidents with great concern and sorrow."

Recalling that he had paid a very successful visit to China that included a tour to the Xinjiang region last month, Gül said the days he spent in Urumqi proved once again the deeply rooted ties between Anatolian Turks and Uighur Turks. "To see them in such difficulty rightfully hurts and concerns us," he said. "I hope the Chinese administration will assess all of these happenings in an open, objective and transparent way."

"Muttaki, Davutoğlu and Ihsanoğlu shared their concern over the developments in Xinjiang and agreed to appeal to Chinese authorities for protection of the rights of the Muslim population in Xinjiang," the Iranian foreign ministry said in a written statement.

The ministry said Muttaki would call China's foreign minister to discuss the situation in Xinjiang.