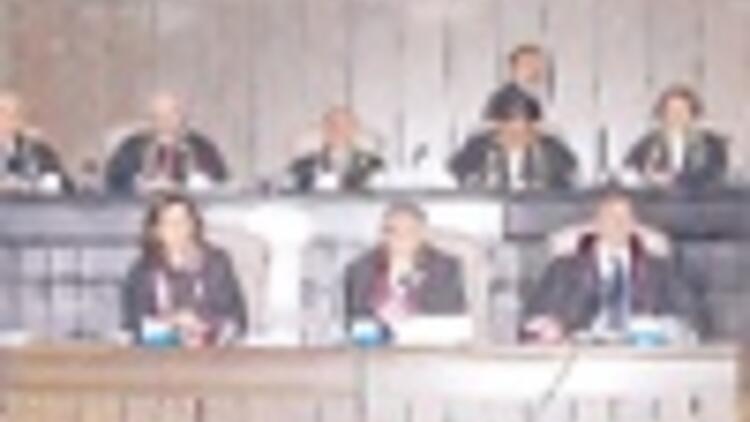 ISTANBUL - Turkish women break down the male monopoly in one area -- the judiciary. Of the country’s 1,126 judges in supreme and high courts, 407 are women, according to a latest survey among Council of Europe member states.

Although men continue to hold a monopoly over Turkish politics, a report by the Council of Europe revealed that women’s representation in the country’s judiciary has moved toward greater gender equality.

The report, issued for International Women’s Day and titled "Sex-Disaggregated Statistics on the Participation of Women and Men in Political and Public Decision-Making in Council of Europe Member States," showed that women hold only 4.2 percent of the executive-power positions in Turkey. Among the 42 states participating in the survey, the average was 21.6 percent.

Strikingly though, Turkish women have broken down the male monopoly in one area Ğ the judiciary. Of the country’s 1,126 judges in supreme and high courts, 407 are women. This puts Turkey 13th among the surveyed countries, with 36.1 percent female representation Ğ ahead of the Council of Europe average of 27.6 percent, and several European Union countries. Hungary ranks first with 57.3 percent, while Armenia comes in last with no female representatives on the country’s high courts.

In terms of parliamentary representation, Turkey comes in 38th, with women constituting 9.1 percent of total deputies. Malta, Ukraine, Georgia and Armenia have fewer female representatives than Turkey. The average among the 42 countries is 21.7 percent. Sweden, Finland and the Netherlands are the only member states to have attained the recommended minimum of 40 percent from each gender in their national parliaments.

Only Finland and Ireland have women as presidents, while Germany and Ukraine are the only countries with female prime ministers.

With only one female minister in its Cabinet, Turkey is near the bottom of that list too. The average representation is 28.6 percent. Azerbaijan, Bosnia-Herzegovina, Monaco, Montenegro and Romania have no female minister in their cabinets.

Turkey is in an even worse situation at the municipal level. According to the report, only 18 of the country’s 3,225 mayors, or 0.6 percent, are women, well below the surveyed average of 10.2 percent. Armenia, Liechtenstein and Monaco have no female mayors. Russia, Iceland and Sweden have the highest percentages, but none of the member states have reached the recommended level of 40 percent representation.