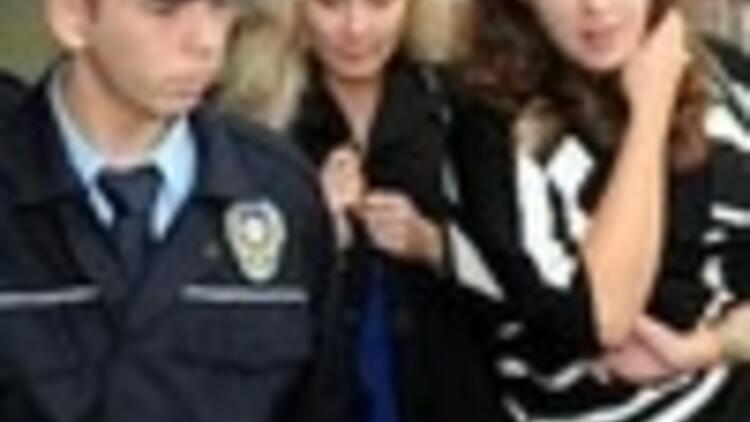 ISTANBUL – Activists and sex workers in Turkey are working on a project to establish Turkey’s first sex workers union. They are hopeful about finding a solution to their problems and changing society’s approach toward sex workers. They will organize an awareness walk to bring attention to their issues

An initiative to establish a union for sex workers in Turkey has been proceeding slowly but patiently for almost a year.

Several activists plan to establish a trade union to protect the health, security and education rights of sex workers in Turkey, where the majority of them work without licenses or social security.

“People should have the right to voluntarily chose to be a sex worker. One has to have sovereignty over his or her body,” said Buse Kılıçkaya, an activist from Ankara-based Pembe Hayat Lesbian Gay Bisexual Transgender, or LGBT, association. Kılıçkaya said if they can establish a union, it would be the first for Turkey’s sex workers.

Activists and sex workers are hopeful about establishing a union, believing that it will help acknowledgment of this type of labor as a viable profession and will protect their rights in many aspects.

“We are against forced sex labor,” said Kılıçkaya. “But this is the oldest profession on Earth and this will continue to be done by some people. This is why those people’s rights need to be protected.”

Prostitution is mentioned in the Turkish Penal Code and sex workers have to be registered according to the law. However, statistics show that many sex workers are unregistered and have no health or social security.

“Only 126 sex workers are registered in Istanbul, but the real number is much higher than this,” said Muhtar Çokar, a doctor who helps sex workers access free and easy medical support.

Activists believe sex workers are exposed to discrimination from society as well as by state authorities. Transsexual and transvestite sex workers in particular are beaten and harassed by clients or sometimes by the police.

“There is a social consensus that if you are a sex worker then you deserve to be exposed to violence, sexual harassment and discrimination,” said Kılıçkaya, adding that this approach has to change.

Union needed
“The first sex union was established in Argentina during the 1970s. Holland and Hungary also have unions for sex workers. Why don’t we have one?” asked Belgin Çelik, a Lambda Istanbul activist.

Although the majority of sex workers are biologically women, transsexuals and transvestites are usually more active in protecting their rights.

“Most woman work as a sex worker secretly, some of them have families, and cannot declare their names. Another reason is that transsexuals and transvestites were more commonly harassed, beaten and insulted,” said Kılıçkaya, explaining why they are more willing to unite and defend their rights.

The initiative’s meetings are closed to the press at the moment.

“The initiative may not bring about a union in the end, this is why the NGOs and political parties supporting the initiative have not declared their names,” said Sinem, a sex worker and activist from Pembe Hayat LGBT.

But the efforts of the initiative will be significant, since it will draw attention to sex workers’ problems, such as having social security or health insurance and a retirement salary.

‘Red umbrella walk’ against discrimination
The activists will organize for the first time a walk titled “Red Umbrella” on March 3, International Sex Workers Day in Ankara, simultaneously with the entire world. The sex workers and NGO activists will try to voice the many problems of those who are not seen or approved by society but who are part of it and suffering.