HaberlerGündem HaberleriTurkey's highways continue to be the most lethal killer- statistics 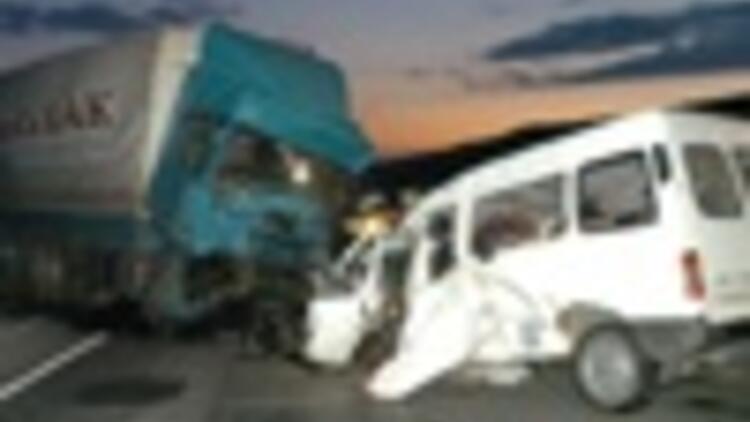 The number of road accident casualties was nearly 10 times the number of victims of terrorism in Turkey in the last 25 years, according to the Turkish Statistical Institute (TUIK).

While the media focus on hypothetical threats, such as weapons of mass destruction or nuclear proliferation, the real danger comes from what we deal with in daily life and what is visible in Istanbul in particular: road traffic.

In recent years road casualties have increased, surpassing the number of casualties from wars, earthquakes or terrorism.

The TUIK also reported that in the first eight months of this year, some 2,000 people were killed and 94,733 injured in 313,806 road accidents. And Turkey's most dangerous season, winter, has not even begun yet.

"Speed causes the largest number of accidents, generally, because drivers lose control of their vehicles," Hitay Guner, president of Turkey's Prevention of Traffic Accidents Association, told the Turkish Daily News (TDN) adding that this was why the installation of radars to catch speeders was crucial.

The ruling Justice and Development Party (AKP), is currently preparing major changes in traffic laws, which includes increasing the speed limits on roads.

The bill will also authorize municipalities to regulate traffic and provide additional power to police and gendarmerie in regulating road traffic. In addition, changes in the laws will allow municipalities to set up closed-circuit radio broadcasting to inform drivers about road conditions and give municipalities the right to increase or decrease the speed limit in their regions.

Observers say that local traffic regulations are needed, especially during long holidays. For instance, during Bayram earlier this month, which was extended to nine days, there were more than 150 accidents across the country, leaving well over 100 dead and 500 wounded. Last year's four-day Seker Bayram resulted in 1,500 road accidents, with 64 people killed and 3,212 people injured, according to police department data.

According to data from the Security General Directorate, in 2007 there were 749,456 road accidents in urban centers, causing 3,459 deaths and 149,140 injuries. When comparing these numbers to the over 13 million vehicles registered in Turkey – where half are automobiles and 2 million are motorcycles – the statistics may not be shocking. But if one takes a closer look at the potential threat they cause, the picture becomes clearer.

According to the TUIK's nationwide statistics, every 12th motor vehicle in Turkey was involved in a road accident in 2007, causing a total of 5,007 deaths and about 190,000 injuries.