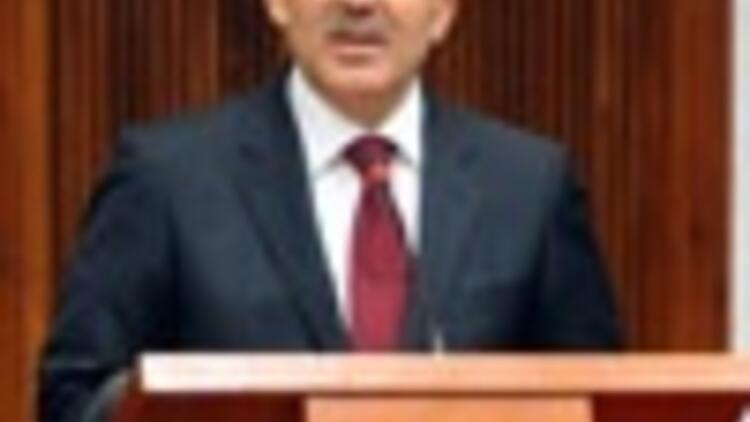 ISTANBUL – The Turkish president said Wednesday that messages delivered by U.S. President Barack Obama in Turkey create a positive atmosphere that pave the way for unity among Muslim and Arab countries.

Obama's messages to the Muslim world created a positive atmosphere in the world, Turkish President Abdullah Gul said in a speech to 's parliament.

"In this respect, the time is right for the entire world, especially the Muslim world and Arab countries, to voice their opinions in unity," Gul, the first foreign statesman to address the Bahraini parliament, was quoted by Anatolian Agency as saying.

Trying to repair 's damaged image abroad, Obama said on a visit to earlier this month that the was not at war with Islam.

Gul said that changes in foreign policy, initiated by the Obama administration, were valuable and that it was now right time to openly voice their opinions to the world.

The Turkish president said the Muslim world should remove divisions and differences of opinion as soon as possible, and added that , as a European Union candidate country, could express the concerns and views of the Muslim world in the EU.

Gul also called for a free of weapons of mass destruction, hoping that a U.S.-Russian pledge to join forces to eradicate nuclear weapons will encourage the region.

U.S. President Barack Obama and Russian President Dmitry Medvedev have pledged to seek a deal by July on cutting their nuclear arsenals, work for a nuclear-free world and coordinate policy on and .

"The Middle East should be a zone free of weapons of mass destruction," Reuters quoted Gul as telling the 's parliament.

"We are going through times where hopes for multilateral diplomacy to weigh in once again are on the rise. That is why I take the new administration's statements on disarmament and the joint statement by presidents Obama and Medvedev early this month very seriously," he added.

Gul called on all countries in the to sign up to international arrangements for the prevention of the proliferation of weapons of mass destruction.

, , , , and also have declared nuclear weapons. is widely understood to have a nuclear arsenal but maintains a policy of ambiguity.

is suspected by Western powers of wanting to join the club. however says its nuclear program is only for the generation of electricity. There is concern that 's nuclear power program will spur a proliferation drive in the .

has relaunched a push to help solve regional conflicts ranging from to the Israel-Syria peace talks. It has also offered to help end the standoff between the West and over 's nuclear program.

" has always pointed out that any solution to the issue of the Iranian nuclear program should be found through diplomacy and peaceful means," Gul said.