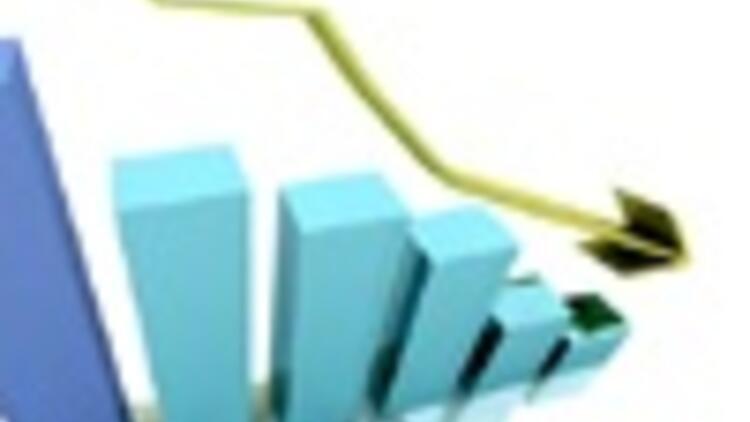 ISTANBUL - Gross domestic product declined 13.8 percent in the first quarter of the year, showing how the global financial crisis turned into a ’real economy crisis’in Turkey. The astounding data dwarfs the government’s official expectations of a 3.6 percent contraction this year

The contraction in the Turkish economy exceeded even the worst predictions, as gross domestic product, or GDP, declined 13.8 percent from a year earlier, according to data from the Turkish Statistical Institute, or TurkStat. The data, announced Tuesday, represents the biggest slump since 1945, when the economy contracted 15.3 percent.

The decline compares with a 6.2 percent contraction in the last quarter of 2008. The two consecutive quarters of contraction also means the economy is officially in recession.

"Wholesale, retail, transport and construction are the worst-hit sectors," said Banu Kıvcı Tokalı, chief economist at Finans Investment. "Good weather conditions failed to overcome a strong base effect in the agriculture sector. We expect to see recovery on a quarterly basis starting from the second quarter. Our contraction estimate for the year stands at 5.5 percent," she told Hürriyet Daily News & Economic Review.

"The devil is in the details," said Emre Deliveli, an economist and a Daily News columnist. "First, the private sector hit rock-bottom in the first quarter: The contribution to growth of private consumption and growth were negative 8.3 percent and negative 6.6 percent respectively. Second, the public sector's positive contribution to growth has been a limited 1.2 percent."

"The government [officially] expects a 3.6 percent contraction. But the data confirms that we will probably see a contraction exceeding 5 percent," said Özgür Altuğ, chief economist at BGC Partners. "Our annual contraction estimate is unchanged at 6.6 percent." The Central Bank may continue cutting interest rates for a longer time than expected, Altuğ told the Daily News. The Bank has cut 8 percentage points from the benchmark borrowing rate over as many months, taking it to a record low of 8.75 percent on June 16.

"It’s a very ugly number, worse even than the 2001 crisis," Bloomberg quoted İnan Demir, an economist for Finansbank in Istanbul, as saying. Demir predicts the economy will contract 5.4 percent this year. The figure "marks Turkey out as having the steepest real GDP decline in first quarter across the region aside from Latvia, which contracted 18 percent and Estonia, with a contraction of 15.1 percent," said Timothy Ash of the Royal Bank of Scotland, in a note to investors Tuesday. The slump in output is adding to pressure on Prime Minister Recep Tayyip Erdoğan to accept assistance from the International Monetary Fund.

Public spending grew 5.7 percent in the quarter, increasing its share of GDP to 11.1 percent from 9 percent a year earlier, TurkStat said. That reflects a budget deficit that almost quadrupled to 20.1 billion Turkish Liras ($13 billion) in the first four months of 2009 from the year earlier. The construction industry declined 18.9 percent in the quarter, and manufacturing fell 18.5 percent. Private consumption dropped 9.2 percent.

The pace of the decline in industrial output declined in April after the government cut taxes on new cars, furniture and home appliances in a bid to encourage spending.

Turkey has been negotiating a new agreement with the IMF since the last one expired in May last year. The IMF expects a shrinkage of "at least 5 percent," this year, Deputy Managing Director John Lipsky said on June 19.

Exports fell 26 percent in the first quarter from a year earlier and carmakers such as Tofaş halted production because of falling orders. Motor vehicle output tumbled 59 percent from a year earlier. "This is an extraordinary time and an extraordinary number," said Tevfik Aksoy, an economist for Morgan Stanley. "In the past, Turkish crises were either domestic or external. This time it’s both." Industrial production fell an average of 22 percent in the first three months of the year and recorded a contraction of 23.8 percent in February, the biggest since TurkStat began releasing monthly figures in 1986. The jobless rate surged to 16.1 percent in the first quarter, the highest since the measure began in 2005.

Citigroup lowered its forecast for Turkey’s economic contraction this year to 7 percent from 4 percent. The forecast "envisions a meaningful recovery in the second half of the year," Citigroup economists, including İlker Domaç, said in an e-mailed report.

The economy may contract 5.2 percent this year, Morgan Stanley said after the announcement. The forecast was revised from 4.7 percent, Aksoy said.