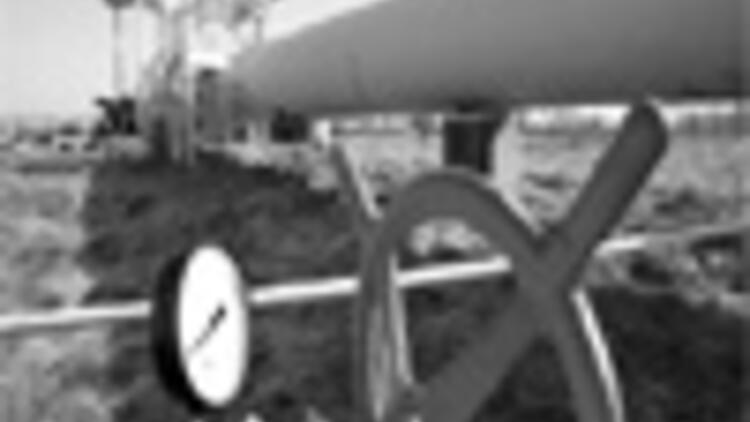 ANKARA – Preparations to finalize an energy cooperation contract with Iran are said to be reaching the final stages after a failure to sign the deal in August when the Iranian president was in Istanbul.

An official visit by Turkey's energy minister to neighboring Iran in mid-November to finalize a long-awaited natural gas deal will be a litmus test for relations with the United States.

"It is not yet clear to what extent the United States will pretend to ignore this agreement," senior energy expert Mete Göknel told the Hürriyet Daily News.

To Washington's dismay, last year Turkey and Iran signed a preliminary agreement on energy cooperation and agreed to develop part of the giant South Pars gas field in the Persian Gulf.

After the failure of the two sides to finalize an official contract during an August visit by Iran's president to Istanbul, rumors revealed preparations have reached final stages. Turkey is planning to make a $3.5 billion investment in Iran for the exploration and production of natural gas.

The finalization of the deal with Tehran is likely to cast a shadow on relations with Washington, as the U.S Sanctions Act enables the United States to impose embargoes against companies that invest more than $20 million in the Iranian energy sector.

"Turkey's stable relations with its neighbors Russia and Iran should not be deemed unfavorable by the West. On the contrary, this offers a suitable basis for the resolution of challenging conflicts," said Göknel.

He said Turkey-led efforts in the region, including an energy deal with Tehran, would repair the West's ties with Iran and eventually bring peace to the Middle East. "These efforts should be supported," said Göknel.

The proposed energy agreement includes the transit of Iranian natural gas to Europe through Turkey, as well as the transit of gas from Turkmenistan to Turkey via Iran. The United States opposes the gas transfer bypassing the Caspian.

Iran deal and Nabucco
An energy deal with Iran is also considered important in realizing the multi-national natural gas project Nabucco, aimed at transferring Caspian gas to Europe via Turkey.

One of the major obstacles to the European Union's flagship project is finding alternative suppliers to fill the pipeline. Iran, Turkey and the Austrian energy company OMV, one of the consortium partners of Nabucco, have been in discussions to form a joint venture to supply gas to the Nabucco pipeline, reports revealed earlier.

Hungary's Ambassador for Nabucco Mihaly Bayer dismissed the Iranian option due to Tehran's dispute with the West over its nuclear program.

In recent days there has been an increase in Nabucco discussions. The EU's energy commissioner, Andris Piebalgs, was in Ankara last week for detailed talks with Turkish officials over the planned pipeline. The capital will host the prime minister of Hungary at the end of this month, sources told the Daily News.

The visit comes before the first inter-governmental summit of Nabucco partner and potential source countries Jan. 26-27 in Budapest. Azerbaijan, Turkmenistan, Egypt and Iraq have been invited to the prime ministerial summit as potential suppliers.