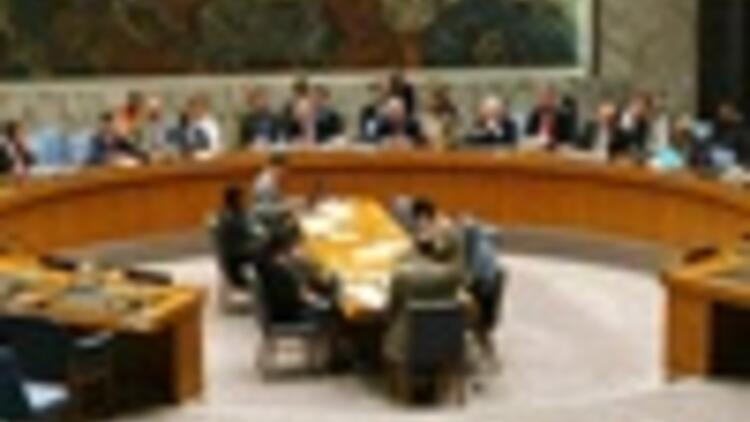 ANKARA - Turkey’s two-year mandate on the United Nations Security Council officially commenced yesterday, in what is seen as a test of Turkish diplomacy as Turkey is seeking to become a global player.

Turkey’s last seat as non-permanent member of the Security Council was in 1961. Turkey will become the member of the European group, with Austria and the two permanent members, France and Britain. It will also take the council’s presidency for one month in June. Foreign Minister Ali Babacan will spend most of his time in New York during this period according to diplomats.

Uncertainty over envoy
The first meeting of the Security Council is expected to be held Jan. 5, when Turkey’s permanent representative, Baki İlkin, will take the seat. However, there is still uncertainty over İlkin’s position in the council as he was actually retired from the diplomatic service due to the age limitation. Thanks to a presidential decree appointing İlkin as the president’s chief foreign policy adviser he kept his post in New York but caused unease within the Foreign Ministry. According to some diplomats, İlkin has no representative authority, as the Foreign Ministry regulation does not allow retired diplomats to talk on behalf of the state.

It is uncertain whether İlkin will continue his task in the United Nations during the two-year term or will be replaced by another diplomat.

The first issue that the council will discuss is Israeli’s offensive in Gaza, which has already claimed the lives of hundreds of innocent people.

Turkey has already initiated an intense diplomatic campaign to persuade Israel to halt its attacks and allow humanitarian aid to Palestinians. The campaign will continue on within the Security Council as well.

For many diplomats, this two-year term will constitute a test for Turkey, which seeks to be a regional and global player. On issues such as Iraq, Iran and its nuclear program, the Middle East conflict, the Russia-Georgia dispute, the Nagorno Karabagh problem, the Cyprus question and the disputes with Greece over the Aegean, Turkey faces some difficult foreign policy decisions.
Haberle ilgili daha fazlası: