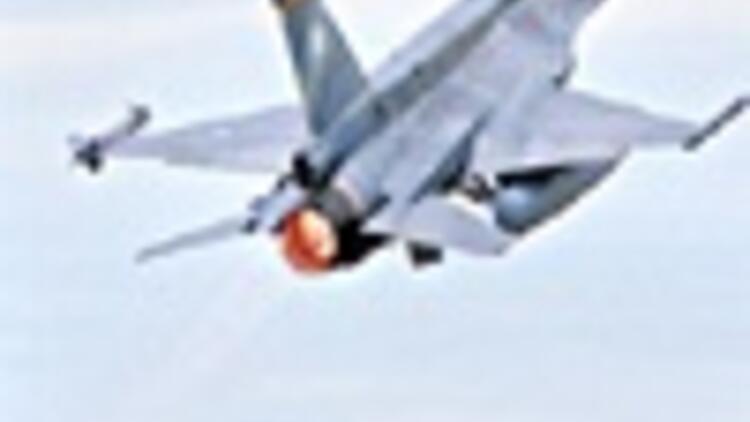 ANKARA - In the wake of Greece finding a Turkish pilot responsible for the death of his Greek counterpart in an aerial ’dogfight,’ Turkey is looking to establish rules of engagement for such skirmishes while clear geographic lines of control are still to be agreed upon

In the absence of means to fully end periodic and deadly "dogfight" games over the Aegean between Greek and Turkish pilots, the Turkish side is trying, at least, to make the skirmishes less lethal. NATO’s brass have also been summoned to help the two allies more clearly define the lines between civilian and military airspace but have so far chosen to sit outside the aerial ring.

A movement of this conflict from the skies to the negotiation table is being sought after an Athens court’s recent judgment against a Turkish F-16 pilot. In the case the court ruled the Turkish pilot had caused the wrongful death of a Greek pilot in a dogfight in international airspace over the Mediterranean in May 2006. The incident happened when a Greek F-16 aircraft crashed into a Turkish F-16 aircraft from the rear approximately 35 nautical miles south of the island of Rhodes, causing the loss of both aircraft and the death of the Greek pilot, while the Turkish pilot managed to eject safely.

Ankara is now proposing to negotiate a comprehensive code of conduct to prevent similar dangerous interception and harassment maneuvers by both sides that endanger safety in international airspace. If a compromise is reached then Turkey may give consent for the May 2006 incident and other cases to be taken to international arbitration or even to the International Court of Justice in the Hague.

Although the incident report prepared by Turkey clearly evidenced Greece’s responsibility, both Greek authorities and NATO disregarded the document, the Hürrriyet Daily News & Economic Review has learned. Although NATO Secretary-General Jaap de Hoop Scheffer, in previous messages, signaled interest in the facilitation of Turkish-Greek disputes in the Aegean, Turkey’s invitation for an international oversight of the incident was not taken into consideration. Likewise, Ankara’s proposal to Athens to hold a meeting with the participation of civilian and military experts from both countries was left unanswered.

The Athens court’s decision convicting the Turkish pilot that took no notice of Turkish efforts since 2006 caused reactions and concern in Ankara. "This judgment has no basis or any legal value whatsoever. It also shows how easily the law can be conveniently manipulated and the principle of fair trial can be violated with unilateral claims. It is only natural that all the required demarches be made and the necessary measures taken in this regard," said the foreign ministry in a written statement issued last Saturday.

According to Turkish sources, although Ankara notifies NATO, thus indirectly NATO-ally Greece, of flight plans, the Greek military considers Turkish aircraft as "unidentified hostile aircraft," which causes dangerous interceptions over the Aegean Sea on a daily basis. Another main reason for Greek interception derives from the unilateral decision by Greece to consider its airspace as 10 miles, adding another four miles to its territorial waters, an implementation rejected by Turkey.

At least four such high altitude challenges between pilots both flying NATO craft are recorded on a daily basis according to information published by the Turkish General Staff, or TSK. According to the latest information posted on the TSK Web site, Turkish military aircrafts were intercepted by the Greek counterparts in international airspace over the Aegean sea 52 times in October, 58 times in November and 36 times in December.

According to Turkish side, the only way to eradicate danger over both the Aegean and the Mediterranean caused by daily interceptions is to agree on a code of conduct with Greece.