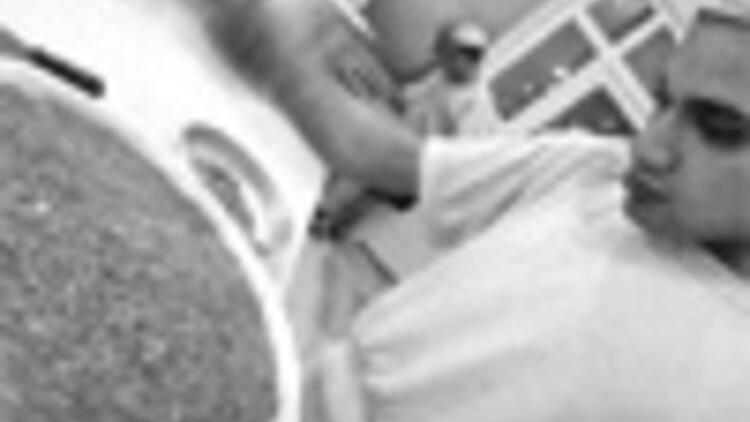 ISTANBUL-Gaziantep’s famous Güllüoğlu baklava, prepared with ingredients from the Anatolian heartland, is enjoyed all across the region and in many places the world over

The durum wheat from the Anatolian heartland, pistachios from Barak in the East and tasty butter from Şanlıurfa are the ingredients that have made Güllüoğlu’s baklava into a success. From Gaziantep to Istanbul, across the region and to many places in Europe, the Turkish sweets are being eaten with relish.

Baklava, or baklawa, is a sweet pastry consisting of thin layers of dough, butter, nuts and syrup and can be found in many regions of the former Ottoman Empire.

And due to its popularity, it is also claimed by different countries as their invention. While baklava cannot be traced back to a particular place, it seems to be of Central Asian Turkic origin, with its current form being developed in the imperial kitchens of the Topkapı Palace in Istanbul. Apparently, the oldest known recipe of a sort of baklava was found in a Chinese cookbook written in 1330.

Baklava baker
Quite unexpectedly, the sweet and sticky looking pastry turns out to be rather light and literally melts in one’s mouth. This is due to using high quality ingredients and the mastery of this particular baklava maker. A baker using only the highest ingredients for his baklava is Nadir Güllü from Güllüoğlu. His father, who opened the first Güllüoğlu shop in Istanbul, still travels throughout Turkey to hand-pick ingredients, including pistachios from Barak and butter from Şanlıurfa (Urfa) made from sheep’s milk, which is made clear in the heat of the sun and sealed in airtight containers.

Also, only the finest sugar beets are selected to make baklava syrup. The flour comes from the Anatolian heartland and gives the yufka enough elasticity to roll it by hand. "The ingredients can vary slightly, but the essence of all kinds is the dough which is rolled out again and again until it is so thin and transparent that a newspaper can be read from behind it." The dough will then be layered into a rectangular form. Each layer Ğ between 30 and 40 Ğ is covered in a thin coating of butter. After half the layers are in the form, either pistachios or walnuts are spread across the form and then more layers are added. Baklava gets cut into pieces before it goes into the oven and after the pieces come out, they are covered in massive amounts of hot syrup, causing each square to sizzle and rise to the surface.

Laying down 40 layers might sound like a lot, but as the story has it, in ancient times, before a celebration, the master of a house would require his cook to produce baklava with 100 layers of dough. Before placing the baklava tray into the oven, the cook would have to appear before the master, who would drop a gold coin from half a metre above onto the tray below. If the dough was thin enough for the coin to pass through all the layers of baklava and touch the bottom of the tray, it was considered properly prepared baklava. If not, the baklava was sent back to the kitchen and the cook had to start all over again.

Today, for many Istanbulites, baklava means Güllüoğlu. Most of them have grown up with the sweets from this family, who brought baklava to the region. In 1871, Çelebi Güllü introduced the dessert, which he had learned to bake from a chef in Damascus, to the citizens of Gaziantepe. An instant success, it was also the beginning of a very prosperous business.

Güllü family
In 1949, Mustafa Güllü brought the family business to Istanbul and opened a shop in Karaköy. But what seems to be one brand has now become three different businesses. While Nadir and brother Ömer stayed with their father and continued running the original Güllüoğlu business, his brother Nejat left the business in 1986 and brother Faruk opened his first shop in Azerbajan in 1993. These days, Nejat and Faruk own what could be called a Baklava-empire. Both of them have numerous shops around Turkey, in New York and London and run massive production sites. Unlike his brothers, Nadir focuses on the original shop.

It’s his ambition to teach people across the world how to eat baklava properly. "Chew twice, breathe - don’t forget to breathe - and you should be able to identify each ingredient: the butter, the pistachios, and the syrup," said Nadir. Sounds too complicated? Well, just eat and enjoy and, like Nadir himself, have baklava as often as possible. "I couldn’t imagine life without baklava," proclaimed Nadir.
False