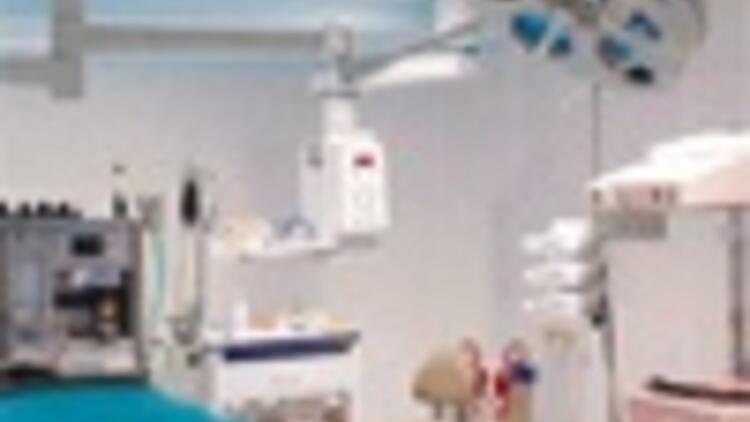 ISTANBUL - The cost of receiving medical care may still be burning the wallets of Turkish citizens, however, the prices are still low enough to lure in foreign patients. A surgery that would cost 5,000 euros in Europe can cost as little as 500 euros in Turkey

Many Europeans’ wallets have shrunk as a result of the economy, pushing them to seek ways to lower their medical costs. That search has put Turkey on the map as a popular destination for those wanting lower-cost health care.

"Europeans prefer Turkey mostly for plastic surgery, in vitro fertilization, dental treatment and laser eye surgery. These surgeries cost an average of 5,000 euros in Europe. In Turkey, the average cost for such surgeries varies between 500 to 900 euros," he said.

"The technology used in Turkey is just as developed as European technology and our doctors are also very successful," Aydın added.

Turkey mostly receives patients from the Netherlands, Untied Kingdom, Belgium and France, Aydın said. There has also been an increase in Middle Eastern patients, who have begun to prefer Turkey to Europe, Aydın said.

If Turkey’s potential in the health industry is publicized efficiently, then the income obtained from the country’s health tourism may reach $10 billion within the next three to five years. Currently Turkey’s health market has a volume of $500 million.

"Nearly 30 foreign patients a day visit our hospital. Most of our foreign customers are from Romania, Kosovo, the United Kingdom, the Netherlands, Ukraine, Bahrain, Azerbaijan, Russia and Bulgaria. Most of them are here for treatments in medical oncology, radiation oncology, brain surgery and orthopedics. Plastic surgery, in vitro fertilization and dental treatment departments are also in high demand."

The number of foreign patients doubled or even quadrupled last year, said Meri Bahar, vice general manager of the Acıbadem Healthcare Group. "Many foreigners find Turkey attractive both for its lower medical costs and the quality of the health care they receive," she said. "Medical tourism in the country is growing like a snowball."

Hospitals gravitating toward health tourism have been quite happy with the growing business and they foresee this year to be even brighter than last year.

The World Eye Group receives 2,000 foreign patients every month, according to Selin Peker, the vice general manager of the company. The number of foreign patients received increased 20 percent since October, when the crisis deepened, she said.

"Most of our patients are from Germany, the Netherlands and Scandinavia. The European patients, whose purchasing power has declined, began to steer toward Turkey," said Peker. "Since the peak of the crisis in October, there has been a significant rise in the number of foreign patients we have treated. The patients that get medical care in Turkey do not just head back. They stay a while at the four-five star hotels and treat themselves to a quick getaway," she said.

Medical care packages provided for foreigners usually cover accommodation and vacation costs, said to Dr. Reşat Bahat, chairman of the Association of Private Hospitals and Health Organizations. "The hospitals provide foreign patients an opportunity to tour the city where they are receiving treatment. They get treated, rest and have fun, all as part of the package deal. That is what they find attractive," Bahat said.
Haberle ilgili daha fazlası: