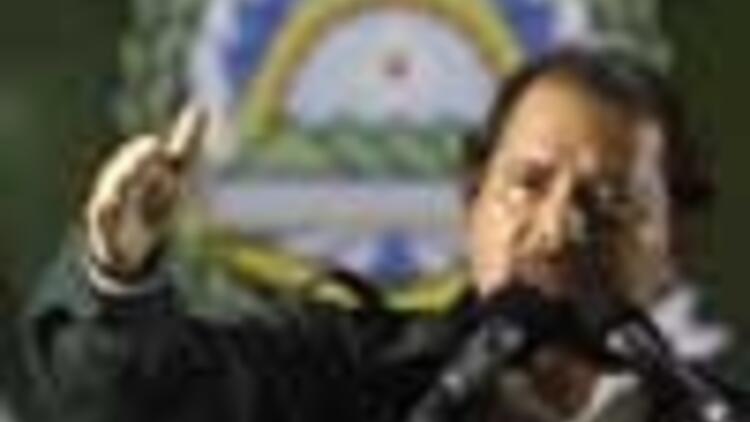 The president of the Central American country, himself a former rebel, also lent his support to , which recognized the regions independence on August 26.

"recognizes the independence of and Abkhazia" decreed by their respective parliaments in August, Ortega said Tuesday evening during ceremonies for the 29th anniversary of the army, newspaper reports said.

also completely supports "the Russian government’s position, which seeks a dialogue with European countries to end this conflict," he added.

On Monday, European leaders decided to suspend talks with on a new EU-Russia partnership pact until Russian troops pull back to the positions they held before the outbreak of fighting in .

sent tanks and troops into on August 8, a day after launched an offensive to regain control of breakaway .

halted its offensive after five days but refused to withdraw all its troops, saying they are on a peacekeeping mission. has labeled them an occupation force.

Ortega also slammed "political hegemonies" that he said were "trying to surround " and investing millions of dollars through NATO to "build a military fence against ."

U.S. Vice President Dick Cheney said Wednesday that had a "deep" interest in the ex-Soviet , a key energy corridor he said must be developed.

Cheney, in the oil-rich former Soviet of on Wednesday, was due to travel Thursday to for a meeting with beleaguered, US-backed President Mikheil Saakashvili.

The on Wednesday announced a one-billion-dollar (690-million-euro) aid package, which did not include any military assistance, to help recover from its war with .

NATO meanwhile announced that its chief Jaap de Hoop Scheffer would visit on September 15-16 and could discuss aid for the country, in a visit planned before the conflict erupted.

and meanwhile closed down diplomatic exchanges, though the parliament in formally lifted the state of war in most of the country that was declared when the hostilities broke out last month.