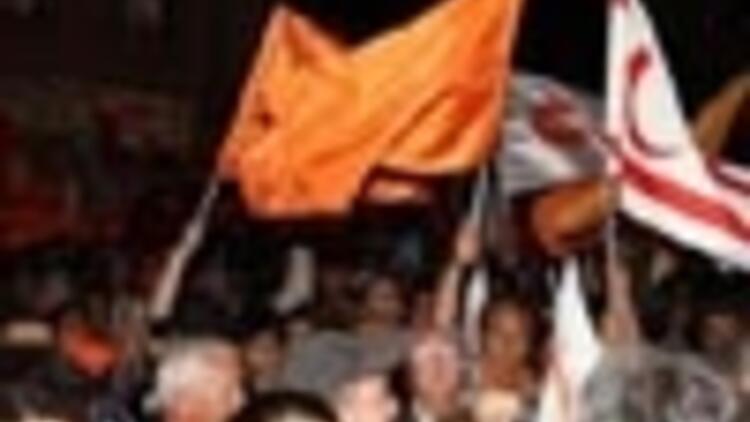 ISTANBUL - Turkish Cypriot nationalists swept to victory in the parliamentary elections Sunday, a win that could deal a blow to the ongoing peace process to reunify the divided island.

With 99 percent of the votes counted, the right-wing National Unity Party, or UBP, garnered 44 percent of the vote, while support for the ruling leftist Republican Turkish Party, or CTP, of President Mehmet Ali Talat stood at 30 percent, the Electoral Board said early Monday.

About 160,000 people were eligible to vote in Sunday's election, and election officials estimated 81.3 percent voter turnout.

The vote will not directly affect Talat, who sits at the negotiating table with his Greek Cypriot counterpart. But his room for maneuver is likely to be limited by a parliament now dominated by the UBP.

Experts say the fall of the CTP's votes was caused by public discontent over a faltering economy and the country’s continued international isolation despite its approval to the U.N.-sponsored peace plan in 2004.

The UBP advocates an outright two-state settlement on , at odds with the federal model now being discussed by Talat and Greek Cypriot leader Demetris Christofias.

The basis of the current talks, started in September, is reuniting the island as a bi-zonal federation. The UBP says it wants the process to be reconsidered.

"We will continue to support negotiations," said UBP leader Dervis Eroglu. "No one should say we are against them. We will put forward our views and discuss them within the framework of 's foreign policy on ."

But he struck a conciliatory note Sunday, saying he would "embrace everyone" and promising to back the peace process in his victory speech.

"We are supporting the continuation of negotiations and a settlement deriving from those negotiations," said Eroglu, who repeated his intent to appoint a representative accompanying Talat in the talks.

Talat broke with tradition and steered his community toward a federal solution. The peace talks have been viewed as the most promising peace effort in five years.

Turkish Cypriot government official Mustafa Guclu said the UBP’s margin of victory gives the party enough seats to form an administration without entering into a coalition. But he said the exact number of seats each party won was still being determined, the Associated Press reported.