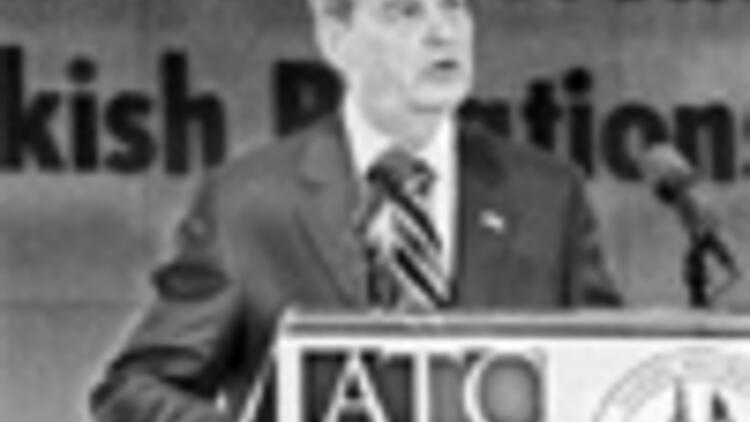 WASHINGTON - Turkey’s top military commander pledged late Monday to fight the Kurdistan Workers’ Party, or PKK, until the terrorist group is fully eradicated, but said the counter-terrorism strategy must also win the hearts and minds of Kurds.

"Therefore, we are very much determined to fight against the terrorist organization until its total elimination. This fight is a long-term effort, and it requires patience," he said.

However, Başbuğ also said the key principle in successful counter-terrorism is that it be a "human-centered" process that would "appeal to the hearts and minds of the people."The general said that the military respects different ethnic cultures as part of the richness of Turkey, but that "enjoying this freedom should be kept at an individual level."

His remarks came amid a vibrant public discussion on ways to resolve Turkey’s Kurdish issue.

Başbuğ said that since late 2007, when the U.S. military launched an anti-PKK intelligence-sharing effort with its Turkish counterparts, northern Iraq was no longer a safe haven for the group. "We are pleased with our coordination and cooperation with the United States," Başbuğ said.

Speaking after Başbuğ, Adm. Mike Mullen, chairman of the U.S. Joint Chiefs of Staff, said that U.S.-Turkish relations were "exceptionally strong" at present, and that both sides should work to sustain this condition.