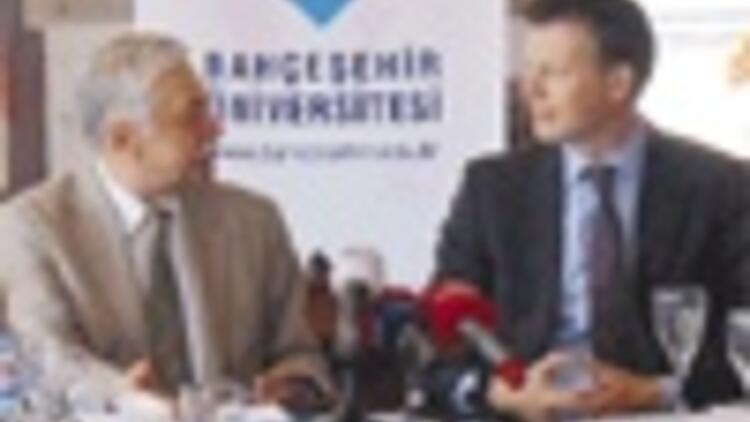 ISTANBUL - A recent survey by Istanbul’s Bahçeşehir University shows a big majority of Turks believe that the European Union wants to dismantle Turkey. Yet at least half of the Turks want to see Turkey a member of the 27 nation bloc. Another finding of the survey conducted in 34 cities shows that anti-American sentiments are shared by people from all walks of life

Even though three quarters of Turks believe the European Union wants to dismantle Turkey, nearly half the population still wants the country to become a member of the 27-nation bloc, according to a new survey.

The survey, conducted by Istanbul’s Bahçeşehir University on public attitudes toward diversity, tolerance and extremism in Turkey, has revealed the lack of knowledge among Turks about the European Union and the country’s contradictory feelings toward the union.

One-fourth of all Turks said they do not know whether or not Turkey is a member of the EU, according to the research led by Prof. Yılmaz Esmer of Bahçeşehir University and conducted with the British Foreign Ministry. Twenty-eight percent said they believe that the EU "definitely aims" to dismantle Turkey, while 48 percent thought the dismantlement of Turkey is among the EU’s aims. Forty-four percent said the EU aims to spread Christianity while 28 percent said the EU definitely aims to spread Christianity.

Forty-one percent said they want to see Turkey become an EU member, while 16 percent said they want very much to see Turkey in the European Union. However, 80 percent of respondents said they believe no matter what Turkey does, the EU would not accept it as a member. The rest reported believing that if Turkey abides by the EU rules and makes changes in order to adapt to those rules, then the EU would take Turkey in as a member. Seventy-six percent said they believe the fact that Turkey is a Muslim-majority society influences the EU’s view on the country negatively.

One of the striking findings of the survey showed how anti-American sentiment is widespread among Turkish society across different ideologies and age groups. "At least the U.S. has succeeded in having the secular and religious circles agree on one thing," said Esmer, adding that the ruling Justice and Democracy Party, or AKP, and the main opposition Republican People’s Party, or CHP, differ on many issues, with the exception of anti-Americanism, on which they have equally strong anti-American feelings.

The United States is seen as the prime responsible party for the world’s main problems. A large majority of Turks said they believe that dismantlement of Turkey is among the aims of the United States. 1Two-thirds of the public said they view extremist Islamic movements as a threat to both Turkey and the world. But a large majority, 80 percent, also held the view that there are serious threats in the world against Islam. Meanwhile, nine in 10 respondents said they believe it is possible to find peaceful ways to have the rights and the identity of Muslims accepted by the West. Eighty-two percent of the respondents said they see the outlawed Kurdistan Workers’ Party, or PKK, as a serious threat to Turkey, while just 8 percent said the PKK is not a threat. Those who said they believe that anti-democratic initiatives pose a threat numbered 81 percent.

Azerbaijan and Palestine were among Turkey’s most-liked nations, according to the survey. Among the most-disliked nations, Israel ranked first, followed by Armenia. The United States was third, then Greece and France. The United Kingdom came in sixth in the ranking. The findings of the survey were discussed at a conference Saturday. Giles Portman, the deputy head of the British Mission in Ankara, expressed surprise about the anti-British views shared by the Turkish nation. "Great Britain is one of the stronger supporters of Turkey’s EU accession," he said. "But we cannot rely on the survey completely as it shows some contradictory opinions."