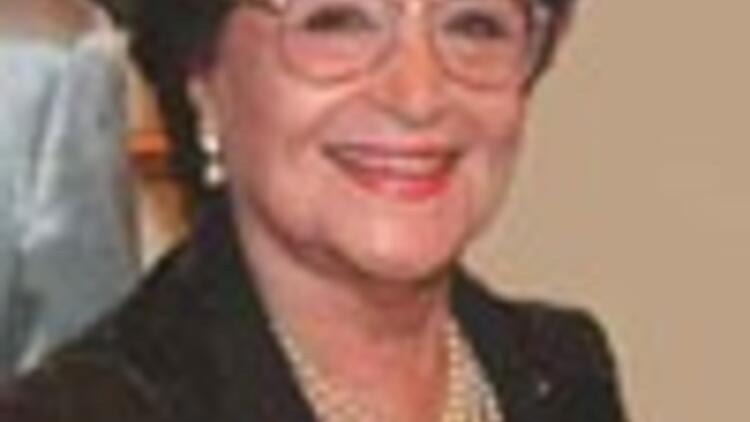 Turkish soprano opera singer Leyla Gencer died Saturday in her house in Milan at the age of 80. Gencer, known as La Diva Turca, has had a repertoire encompassing more than seventy roles.

The Istanbul Foundation for Culture & Arts said she died from respiratory and cardiac failure. A statement by the foundation said that a funeral would be held for Gencer at the Teatro alla Scala in Milan on Monday.

After the ceremony, Gencer's body will be cremated and her ashes will be brought to Istanbul, Turkey to be scattered at the Bosporus. A "Leyla Gencer Museum" will also be built in Istanbul, the statement added.

Gencer, who was born on October, 10th 1928 in Istanbul, was one of the greatest bel canto sopranos of her time. Her career spanned from the early 1950s through the mid-1980s.

Gencer grew up in Cubuklu, on the Anatolian side of the Bosporus. She began studying singing at the Istanbul Conservatory, but dropped out to study privately in Ankara with her teacher, the Italian soprano Giannina Arangi-Lombardi.

Gencer sang in the chorus of the Turkish State Theater until she made her operatic debut in Ankara in 1950 as Santuzza in Cavalleria Rusticana. During the next few years, she became well-known in Turkey and sang frequently at functions for the Turkish government.

In 1953, Gencer made her Italian debut at the San Carlo in Naples as Santuzza. She returned to Naples the following year for performances of Madama Butterfly and Eugene Onegin.

In 1957, she made her debut at La Scala in Milan as Mme. Lidoine in the world premiere of Poulenc's Les Dialogues des Carmelites. She went on to appear regularly at La Scala, performing nineteen roles between 1957 and 1983, including Leonora in La Forza del Destino, Elisabetta in Don Carlos, Aida, Lady Macbeth in Macbeth, Norma, Ottavia in L'incoronazione di Poppea, and Alceste.

At La Scala, she also appeared as the First Woman of Canterbury in the world premiere of Pizzetti's L'assassinio nella cattedrale in 1958.

In 1962, Gencer made her debut at Royal Opera House, Covent Garden as Elisabetta di Valois and as Donna Anna in Don Giovanni. She made her US debut at the San Francisco Opera in 1956 as Francesca in Francesca da Rimini. She sang at other American opera houses as well, but never sang at the Metropolitan Opera, though there had been discussions for her to sing Tosca there in 1956.

In 1985, Gencer retired from the operatic stage with a performance of Gnecco's La Prova di un'opera seria at La Fenice. She continued to appear in concerts until 1992. She is still active and was recently appointed by La Scala's music director Riccardo Muti to run its school for young artists.

Throughout her career, Gencer was known primarily as a Donizetti interpreter. Among her best-known Donizetti performances are Belisario, Poliuto, Anna Bolena, Lucrezia Borgia, Maria Stuarda, and Caterina Cornaro. Her most acclaimed and best-known performance, though, was Roberto Devereux, which she sang in Naples in 1964.

In 2002, she received the prestigious Puccini Honor Award from the Licia Albanese Puccini Foundation at Lincoln Center in New York City.

In 2004, the Turkish Mint issued a commemorative coin in silver, bearing her figure and worth 10 U.S. dollars.