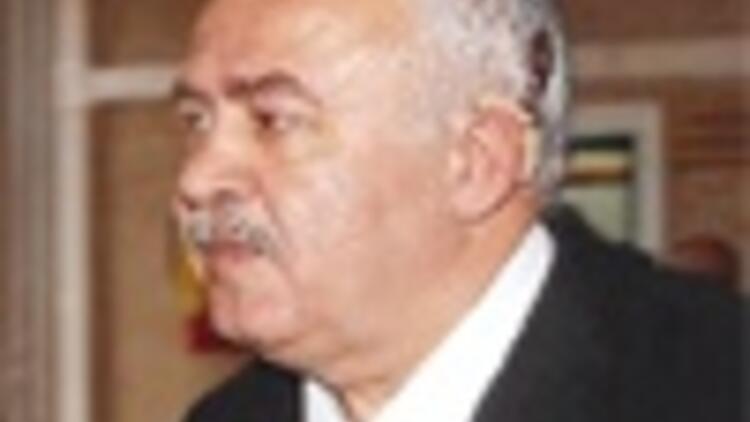 ISTANBUL - A former police chief and suspect in the trial of the alleged Ergenekon gang told an Istanbul court Sunday that the military had called on him to form a 300-strong anti-terror team and collect information on Armenians in Turkey.

İbrahim Şahin, who had previously been convicted of forming and heading a criminal gang in 2000, used to be the acting head of the anti-terror squad in the 1990s and was convicted when his illicit relations with the mafia came to light during the Susurluk scandal. Of the 33 people detained last Wednesday, Şahin was one of 17 to be charged by the court over the weekend.

Among those charged along with Şahin, were socialist writer Yalçın Küçük, two colonels, one retired colonel and two lieutenants, as well as former Higher Education Board, or YÖK, president Kemal Gürüz, retired generals Kemal Yavuz and Tuncer Kılınç and the son of former Istanbul Mayor Bedrettin Dalan.

The charges involve membership in a criminal gang accused of plotting to overthrow the government. The media has called the gang Ergenekon, which comes from a legend of the same name. As the legend goes, pre-Islamic Turks were able to recuperate from a heavy defeat to overcome their enemies under the guidance and cunning of a gray wolf. Most of those arrested or charged are known for their nationalistic sympathies.

The Ergenekon case started after the discovery of 27 hand grenades in June 2007 in a shanty house in Istanbul's Ümraniye district that belonged to a retired noncommissioned officer. The grenades were found to be the same as those used in the attacks on Cumhuriyet daily’s Istanbul offices in 2006.

The findings led to scores of detentions, putting more than 100 journalists, writers, gang leaders and politicians under arrest. The alleged gang is accused of trying to instigate the military to topple the government in 2009 by initially spreading chaos and mayhem.

The earlier bombings of daily Cumhuriyet, the murder of journalist Hrant Dink, the murder of a top judge of the Council of State and the alleged plans for the assassination of high-profile figures in Turkish politics are sometimes associated with the case.

The list of detainees includes retired generals Şener Eruygur and Hürşid Tolon and retired Maj. Gen. Veli Küçük. Many detainees are retired officials who gathered in associations linked to the ultra-nationalist Kuvayi Milliye (National Forces) Ğ a reference to irregular forces that led the Turkish war for independence back in the early 1920s.

Şahin says it is his official duty
Şahin, in his testimony to the prosecutors and the court over the weekend, said he was invited to a meeting with the Chief of General Staff three months ago by Lieut. Gen. Bekir Kalyoncu, the current commander of the seventh corps based in Diyarbakır in the southeast. There he was told to form a 300-strong anti-terror team and would be appointed undersecretary of a new intelligence department. "I prepared a list of 300 former anti-terror officers and that is the list found in my home," Şahin told the court.

He was told to conduct an investigation on Armenians in the central Anatolian Sivas and Kayseri provinces.

When asked about his relationship with another suspect, Fatma Cengiz, he said Cengiz had given him intelligence about Armenians working for the pro-Kurdish Democratic Society Party, or DTP.

He also denied ownership of the map found in his home that led police to a large buried weapons cache. "If it is checked, you will realize the writing on it is not mine," he said. If it were up to him, he would not have hidden the weapons in Gölbaşı, where it was found, but in less conspicuous Elmadağ nearby.

Şahin was seen as one of the rising princes of Mehmet Ağar, a former police chief and interior minister, and was appointed as the acting head of the police anti-terrorism squad in 1993.

He established the police department’s Special Forces School, graduates of which formed the basis of later anti-terror squads.

After the Susurluk accident in November 1996, when a right-wing mafia leader, a police chief and a former beauty queen died and a parliamentarian was severely injured, his descent began. The Susurluk scandal showed illicit links between the mafia, police and politicians, with Şahin’s anti-terrorism squad implicated.

Newspapers later printed photos of Şahin together with the fugitive right-wing militant and mafia boss Abdullah Çatlı, who died in the accident.

He was suspended and then investigated for protecting anti-terror squad members implicated in the murder of Ömer Lütfü Topal, who owned gambling establishments, and the kidnapping of National Intelligence Agency, or MİT, officer Tarık Ümit.

When a court ordered his arrest, he fled before surrendering and then serving six months in jail. He was released in September 1997.

He was again charged in March 1999 in connection with weapons given to the police department that had gone missing.

In 2000, he was severely injured in a traffic accident and he was still in hospital when he was sentenced to a year in jail for dereliction of duty.

He was also found guilty in the so-called Susurluk case, found guilty of forming and leading a criminal gang together with former MİT member Korkut Eken, each being sentenced to six years in jail.

He was pardoned in August 2002 due to bad health. There were also photos of him showing his close relationship with retired Maj. Muzaffer Tekin, who is also currently being tried in connection to the so-called Ergenekon gang.

Eken, a former MİT member and retired lieutenant colonel, told daily Hürriyet over the weekend that he could not understand how an experienced person could leave the map of a weapons cache at home to be found.

Eken, who worked as a teacher at the Special Forces School in the 1990s, also said the weapons found by police were not linked to the missing weapons in the Susurluk case. "Those were sent overseas for an operation. There were 10 guns. However, with the advent of the Susurluk case, we couldn’t bring the weapons back."

He said he still could not understand why Şahin was convicted and sentenced to six years in the Susurluk case. He served 2.5 years in jail before being released.

Last October, 86 people went on trial, accused of belonging to a terrorist organization and of plotting to topple the ruling Justice and Development Party, or AKP, government. The trial will expand to include suspects retired generals Eruygur, and retired Major Gen. Küçük and the others.

The probe initially received support for countering the so-called "deep state," a term used to describe security forces acting outside the law, often in collusion with illegal factions, to protect what they see as Turkey's best interests.

But the probe's credibility has been increasingly questioned after it began targeting journalists, academics, intellectuals and retired generals who are all known to be vocal government critics. Prime Minister Recep Tayyip Erdoğan Sunday called on the Republican People’s Party, or CHP, which has been critical of the probe, to let investigators do their work. "There are in this country magistrates and prosecutors who have a free conscience," he said. "Nobody should think of themselves above justice," he told a party meet.

Deputy Prime Minister Cemil Çiçek said yesterday he had no knowledge of İbrahin Şahin being offered to head the new anti-terror department.

In response to questions during a remembrance ceremony held in Parliament for former Labor Minister Necati Çelik who died Sunday, Çiçek said: "That’s his testimony. We can’t know if it is true." Şahin told a court that senior military officers had approached him three months ago.

They asked him to form an anti-terrorism squad and told him that he would head it, Şahin said. Çiçek, spaeking after a Cabinet meeting two weeks ago, said the government would be forming a new anti-terrorism department. The Office of the Chief of General Staff released a statement yesterday, dismissing Şahin's claim that the military had offered him the head of the new anti-terror department.